Euclidean Lands combines the aesthetics of Monument Valley, the gameplay of Hitman GO, and adds a bit of rubik's cube for good measure. 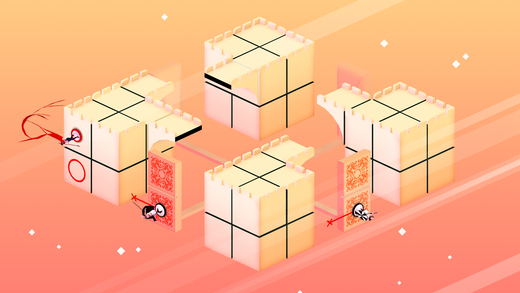 How it works in practice is you spin the cube to get your soldiers in the right position, then attack enemy soldiers. Kill them all and you win.

At review, we gave it a coveted Gold Award and said: "A bright and brave puzzling adventure that takes ideas from the best while still adding its own".