Thursday's rolled around in the blink of an eye which means it's time to check out what awesome titles the world of mobile and handheld has in store for us this week.

From spooky, scary games to neat business simulators, there's a tidy list of titles to choose from so take a look.

Now in 3D, this tile placement board game sticks you in southern France. It may sounds simple to place a piece of land, a road, or a city, but it's putting them together AND adding your Meeples that's the real challenge. 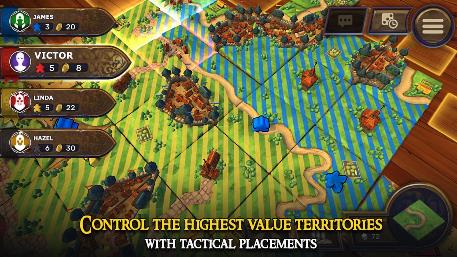 
Play as Ferdinand and match a whole bunch of notes in this colourful, match-three puzzler. Use special musical notes to create a chain reaction, manage your upgrades, and get help from your hedgehog friends to solve trickier puzzles through auto-matching. Ole! 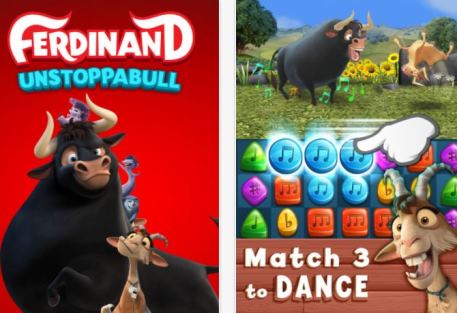 Game Dev Tycoon is a simulation game where you've got to start up your own video game company in the 80s and work through the gaming industry's recent history to make it big. 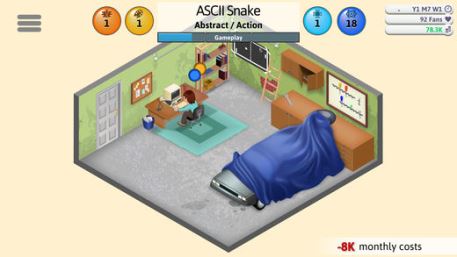 
Fiddle around with the inside of a robot's head in the 3D puzzler GNOG. Grab, prod, twist, and muck about with whatever you can see, and hopefully uncover the hidden world inside them.


Race your heart out in this AAA, console-quality game specifically designed to deliver an awesome mix of simulation and arcade handling. Choose your racing style, from super easy to ultra-realistic, and don't get judged for it. Make sure you read the specifications BEFORE you buy.


Hippety-hop your way over various dangers like spikes, pitfalls, and crumbling rocks in this stylish arcade platformer. Burst through rooms and unearth all of the shiny gold coins as you work through the dungeons of your own castle. Tuh, what are you like? 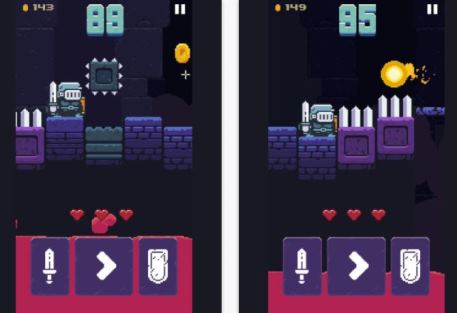 Metro - The Board Game


It's 1898 and preparations for the World's Fair '1900' are in full swing around Paris. Tunnels are being constructed all about the city, which means it's time for you to get your metro head on and beat seven other AI opponents (or your own friends) in a battle to build the longest metro line.


In a game that's as brilliant as it is terrifying, Neverending Nightmares takes you on a journey along the developer's own struggle with mental illness. Follow Thomas as he awake from dream after dream, and attempt to escape the hellish circle of nightmares he's caught in.


Fight the last sprawling armies of the House of Toyotomi in this pixellated 2D side-scroller. Work through 40 intense missions, strategically use your long-ranged weapons and power ups, complete the secret quests, and take on the Endless Mode if you dare.


In a blend of arcade action and RPG, you'll be able to return to the ancient world of Alterra and continue your journey. Customise your character more than ever before, cast any spell and take up any weapon, and take on tons of tricky dungeons to really show off your skills. 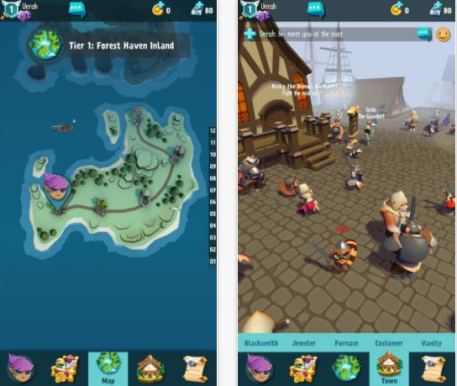 
In need of an action RPG that offers up a serious challenge? Well, don't expect any sympathy from us when its harsh and honest elements make you weep baby tears. 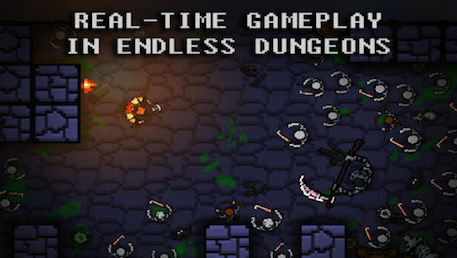 
Shape-shift into other animals to stealth through different situations in this open-world adventure, where you can design and create your own furry Pooka to lead into battle. 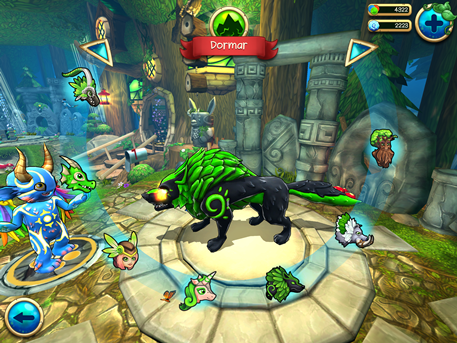 If you're a fan of The Room games and enjoy an interesting, 3D puzzler, you may want to give this one a crack. Play as Jack Reed and solve a multitude of puzzles to find your missing son, Spark. 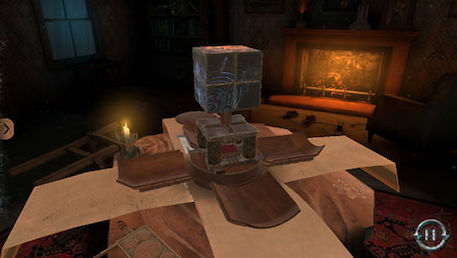 
Enjoy smooth, physics-based gameplay as you dive into the cavernous depths of RootWorld to save your friends from a dark, malevolent power. Break your friends free of the evil roots holding them by using momentum, and collect power-ups and new abilities on the way.


Dig into this high-octane sniper experience and take on three gameplay modes with hundreds of missions available at your fingertips. Whether you're going up against the Elite order on your lonesome or going head-to-head with friends in online battle, there can only be one super sniper overall (you). 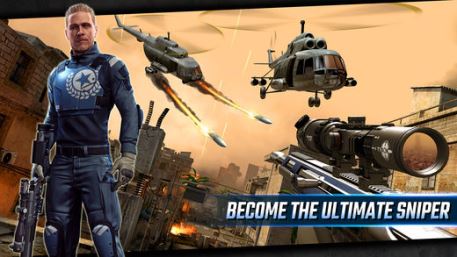 
Though it's already been out in America for a week, you can now get racing in style in Europe. Go head to head in a lengthy single player campaign, take on friends in local multiplayer, and build up your ideal ride in the system's detailed upgrades system. 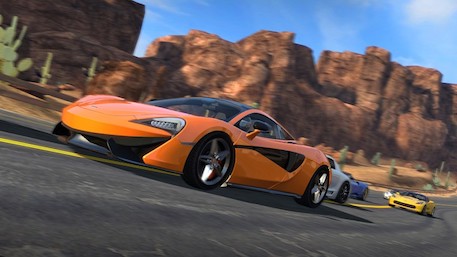 
Taking place between Resi 4 and Resi 5, Revolutions reveals the truth about the T-Abyss virus. Featuring Jill Valentine and Chris Redfield, you're thrown into the action aboard a seemingly abandoned cruise ship before heading to the devastated city of Terragrigia. 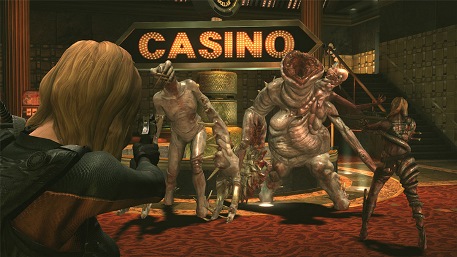 
Following the story of Claire Redfield and Moira Burton, the two wake in a dark, abandoned detention facility after being kidnapped by unknown armed forces. Will they be able to make it off the deadly island and figure out what events led them there? 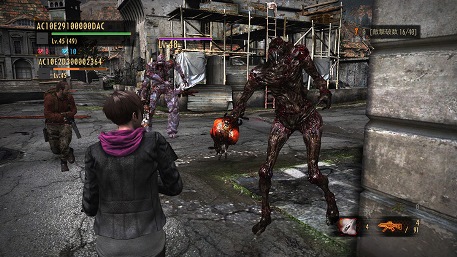 
Having finally found Hans Voralberg, both he and protagonist Kate Walker set out on a journey to find a forgotten world, home to the legendary mammoths of Syberia. 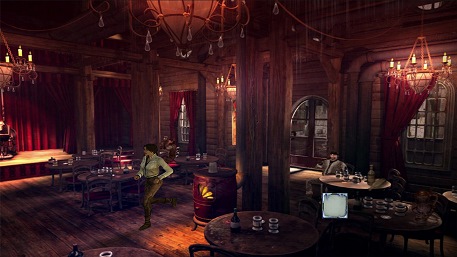 It's been a long time in the making and waiting, but this massive RPG is now available for you to sink your teeth into on Nintendo Switch. Follow scavenger, Rex, and his 'Blade', Pyra, on their journey across Alrest, command a group of Blades, and lead them through tons of victories. 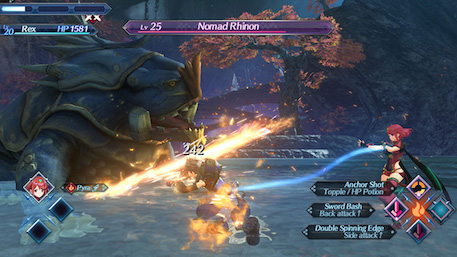