Holy moly, would you look at the time? It's Sunday again and you know what that means - we're about to lay down the fresh, funky beats of the hottest Hot Five.

With Nindies' Summer Showcase having kicked off there's a bit more of a favour towards Switch games this week, and no wonder. But, there's still a few mobile titles that you've absolutely got to check out.

Anyways, that's enough chatting so let's just get down to it.

You know about Pokemon GO, right? You walk around your town catching monsters and having fun. Well, The Walking Dead: Our World is like that but with zombies, and instead of catching them you've just got to kill them before they get you. Seriously, check out the trailer. Apart from the last shot which is a bit twee, the whole thing has me right on edge and wanting to test this game out come launch day.
Subscribe to Pocket Gamer on

This was a random one this week. It's September, so of course it's almost time for Apple's annual conference where they show off all of the latest tech. Though the release date was rumoured, Wall Street Journal seemed to drop the ball on the conferences date and it's actually been confirmed as of Friday (just gone). Expect to see the iPhone 8, 7S, 7S Plus, a new Apple Watch, and probably some other stuff too on September 12th.

If you're a bit fond of a digital card game, or simply love titles like Card Thief, Brave Hand will definitely be up your street. Developed by Scott Brodie with art drawn by Riley Frambes, this story-based card game looks extremely promising, and I admit I'm super excited to play it. 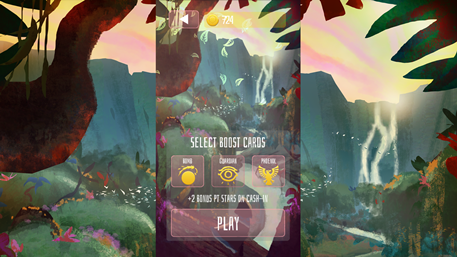 Okay, this one wasn't technically this week but in Britain we didn't have a Monday so all rules have been cast asunder! The main point is that, yes, Skyrim may be six years old but recent footage from Gamescom shows that it's looking slick as the inside of an oil drum and I want it... like, now.
Subscribe to Pocket Gamer on

Last but certainly not least is some Nindies news. After Nintendo tweeted out the time and date on their Twitter, we just had to be there or be square. On August 30th there may have been some more low-key indie games, but the upcoming line-up is looking pretty darn good. There were 20 announced during the showcase so check that out right here, or just watch the vid below.
Subscribe to Pocket Gamer on

That's it for another week, ladies and gents. Can you believe the time has flown by so fast?

Never fear, I'll always be here waiting to see you again, so join me again in seven days. I promise I won't pop out of a well or a TV screen though... at least, not this weekend.