You play as Charlie Regis and Max Lao, CEL agents who are investigating a serial mindjacker in the dystopian future of 2087. A mindjacker is someone who steals thoughts by the way.

We asked the App Army for a second opinion as well, and this is what they had to say.

I played Technobabylon on the PC, and I personally consider it the best of Wadjet Eye's games. It's a compellingly relatable dystopian tale involving a "natural" evolution of the current internet.

One of the endings flows more organically than the rest, but it's worth completing no matter which ending you get. The writing is fantastic! 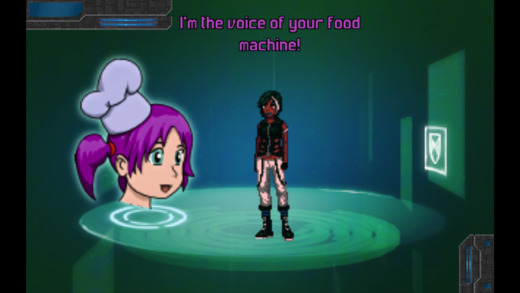 Technobabylon seems to be a pretty standard retro-inspired point and click adventure. For whatever reason, I just couldn't get into it. I tapped around the opening area a bit but didn't really have much of an idea of what was going on.

I wasn't overly impressed with the visuals either. For an adventure, I think I would like something a little more aesthetically pleasing.

I'm not saying it's terrible, just that it would be nice to play an adventure that could at least try and make my iPad work a bit harder.

If you're a fan of cyberpunk, this point and click is for you. I played it back when it launched on Steam and I have to say this is a good port. It handles smoothly and has an intuitive interface.

One thing I always liked about these games is how the hints are cleverly hidden in the dialogues. Some of the lines aren't mandatory for the plot but add some fun. And the story is great - particularly for detective fans.

The puzzles all rely on logic and paying careful attention to the environment. All in all it is a challenging and entertaining experience. 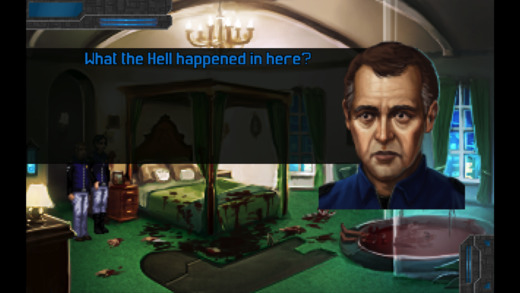 Technobabylon is a point and click adventure set in a dystopian future. It kind of feels like Shadowrun or Blade Runner. There's a very interesting hacking interface that allows you to interact with electronic devices, and it helps you resolve puzzles and mysteries.

The dialogue is interesting and provides clues on how to resolve the next puzzles. I really like the graphics as well. The environments are beautiful and detailed. They're an absolute joy to explore and interact.

The game ran very smooth and I didn't experience any issues while playing. I'm looking forward to playing more.

I really couldn't get to grips with this. I love puzzlers but this was like wading in mud. The characters in the virtual world were silly and didn't add anything.

In fairness, it's easy to pick up, and the retro visuals are pleasant enough. The whole experience just lacked something. It's not for me.

I really liked Technobabylon - so much so that I played through to both endings. There’s clear influence from some great point and clicks here, like Beneath a Steel Sky. It borrows the heavily from that with its AI systems and using cyberspace to solve real world problems. 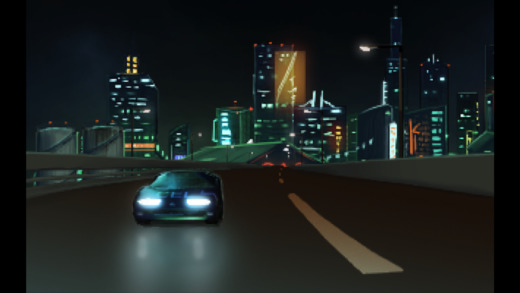 There’s also shades of Day of the Tentacle, as you guide three different protagonists around the futuristic world. The puzzles are well designed and logical, if perhaps a little too straightforward in places for my tastes.

Any quibbles here are more than made up for by the truly fantastic story which draws you in and entices you to keep on playing. The score could come straight from the Blade Runner soundtrack and is both a joy to listen to yet unobtrusive enough to prevent it becoming repetitive if you find yourself stuck on any puzzles.

The graphics fit perfectly with a game that is effectively a love letter to the glory days of point and click adventures, drawing from some of the best ideas in the genre and putting them all in one gloriously dystopian take on our future.

There’s just enough time for me to mention the morally ambiguous choices the game asks you to make throughout before I say that if you have ever enjoyed a point and click adventure you should pick up this gem.

This reminds me of old adventure games of the early 90s. I might be a little slow but I didn't really enjoy spending 20 minutes being stuck before finally figuring out the solution, only for it to happen all over again.

Don't get me wrong, the story is super interesting, but many of these puzzles feel like the developers assume we understand how this world works. I'll keep playing to see where the story goes. 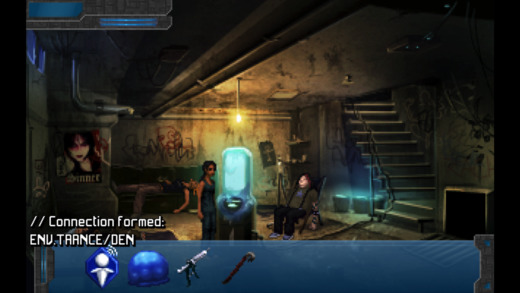 Want more? Check out our growing collection of Technobabylon articles!