"I'm afraid my phone will explode"

Panthera Frontier is basically Faster Than Light with cats. You'll explore a vast universe in a spaceship, selecting the right crew, upgrades, and weapons for the job.

There's a lot of space combat against enemy ships here and, again, it plays similar to Faster Than Light. Equip weapons and shields and stuff, then attack enemy ships while trying to take less damage.

But is it as good, or even better, than Faster Than Light? We asked the App Army, and here's what they had to say.

In a galaxy far far away, a troop of lynxes got engaged in deep exploration, completing missions, and helping the creatures of the universe by battling the big bad wolves, pirates, and rebels.

In the meantime the crew improves, the ship evolves and is equipped with better gear. Sounds familiar? Sure it does - it's the same as Faster Than Light.

Even so the game is still catchy enough with great graphics, funny characters, and easy handling. The dialogue and missions become a bit repetitive, but if you don't mind that it's worth trying.

I was strongly disappointed at first - the game requires a connection. I don't like to play games like that, because I'm afraid my phone will explode.

It reminded me of Out There. There are sheep and crew, and your aim is to repair damage to your ship and look after your crew. 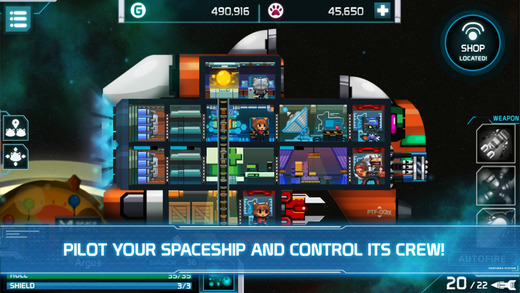 The gameplay is turn based, so if you're a fan of that then this is worth playing.

At which point I let out a small sigh and uninstalled.

If you like Faster Than Light then you are going to like this too! It's basically the same gameplay mechanic but with cute animal characters.

The best thing about this is that you can play on an iPhone. I think customisation is where this is better at. Also there are daily tasks to complete and you have super cool weapons you can equip.

This game might be a hit or a miss for fans of Faster Than Light. The combat and micromanagement is similar to its inspiration, but the execution is mediocre.

You still run into random encounters that require you to make game changing decisions, but combat quickly becomes repetitive and stale.

There's a premium currency called Catmium, which, unfortunately, requires some grinding to acquire. However, the game does provide different methods to acquire Catmium via multiple daily missions, a conversion system that allows you to trade in gold for Catmium, or forking over real life money. 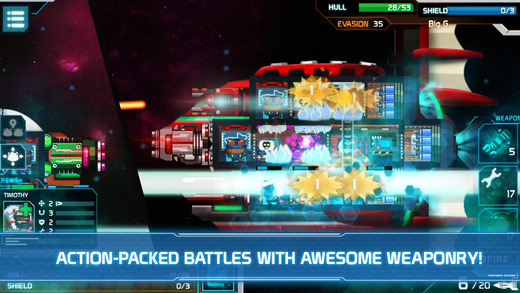 Catmium is used to buy special crew, weapons, and modules. This unfortunately eventually promotes a sense of pay to win once you realize that acquiring gold and Catmium is a slow process.

Even worse, once you get far enough, the game's difficulty fluctuates and feels imbalanced, which I suspect was intentional to encourage you to fork over real life-money.

Navigation through space borrows a page from the game Out There, which gives you the freedom to go wherever you want to go.

Overall, I would not recommend this game to fans of Faster Than Light. The cute characters and good music are not enough to convince me to invest in this.

I've been playing Panthera Frontier for a few months on my Windows Phone. I was surprised that it hadn't been on the App Store and was beginning to think it was a Windows exclusive.

It's a lot like Cosmonautica, but free with IAPs.

But I'd still like to try the iOS version and see if there are any improvements.

I liked the graphics and sound and the simple way I was able to switch between my ship and the enemy's. 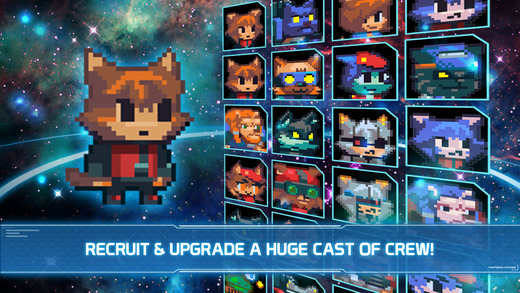 The IAPs feel unnecessary, and make things too easy, but you can make your way through the game without them.

Even with the cute characters it started to get repetitive quickly. There's a lot to manage in this game and you mostly have fun doing it.

I bought this yesterday, managed to play for five minutes, and now I've found a bug where I can't progress. No matter what I do, the game keeps coming back here and freezes.

The game looks good, seems pretty well polished, has IAP's for some bizarre reason, and will hopefully be fixed soon.
What's the App Army?

Get the chance to summon a Cleric Girl in Fire Emblem: Heroes' upcoming Voting Gauntlet