Epic Little War Game is Rubicon's most recent entry in their long-running series, and the new strategy game is currently available for £4.99 / $4.99 in its first sale on the App Store.

In classic series form, you engage in turn-based battles against enemy soldiers, unleashing various units and vehicles, and using height advantages to defeat forces from afar. A diverse array of units, turret types, and both naval and aerial support lets you craft unique strategies, both in the game's campaign, skirmishes, and online multiplayer. 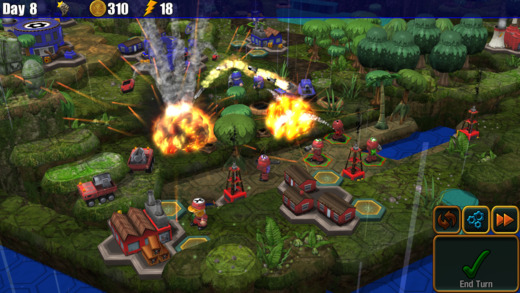 Up to six players can wage war in multiplayer battles, resulting in chaotic large-scale turn-based matches with numerous units onscreen at once.

You can purchase the discounted Epic Little War Game on iPad and iPhone, and can also find the game on Android and Steam.