Glitchskier is a shooter. But it’s something more than that as well. It’s an exercise in aesthetic, a game that literally and metaphorically sticks to its guns from first screen to last.

It’s also incredibly difficult. But that’s not a bad thing in this context. This is a shooter with guts, that’s not afraid to chew you up and spit you out whenever it feels like it.

The game is set, by my reckoning at least, in the collapsing, corrupted heart of a computer system. You’re playing a little ship that’s flying through trying to clean up the mess.

The screen is a hectic mess, but in the best possible way. You really need to be on your toes to make any progress through the swirling chunks of digital chaos. 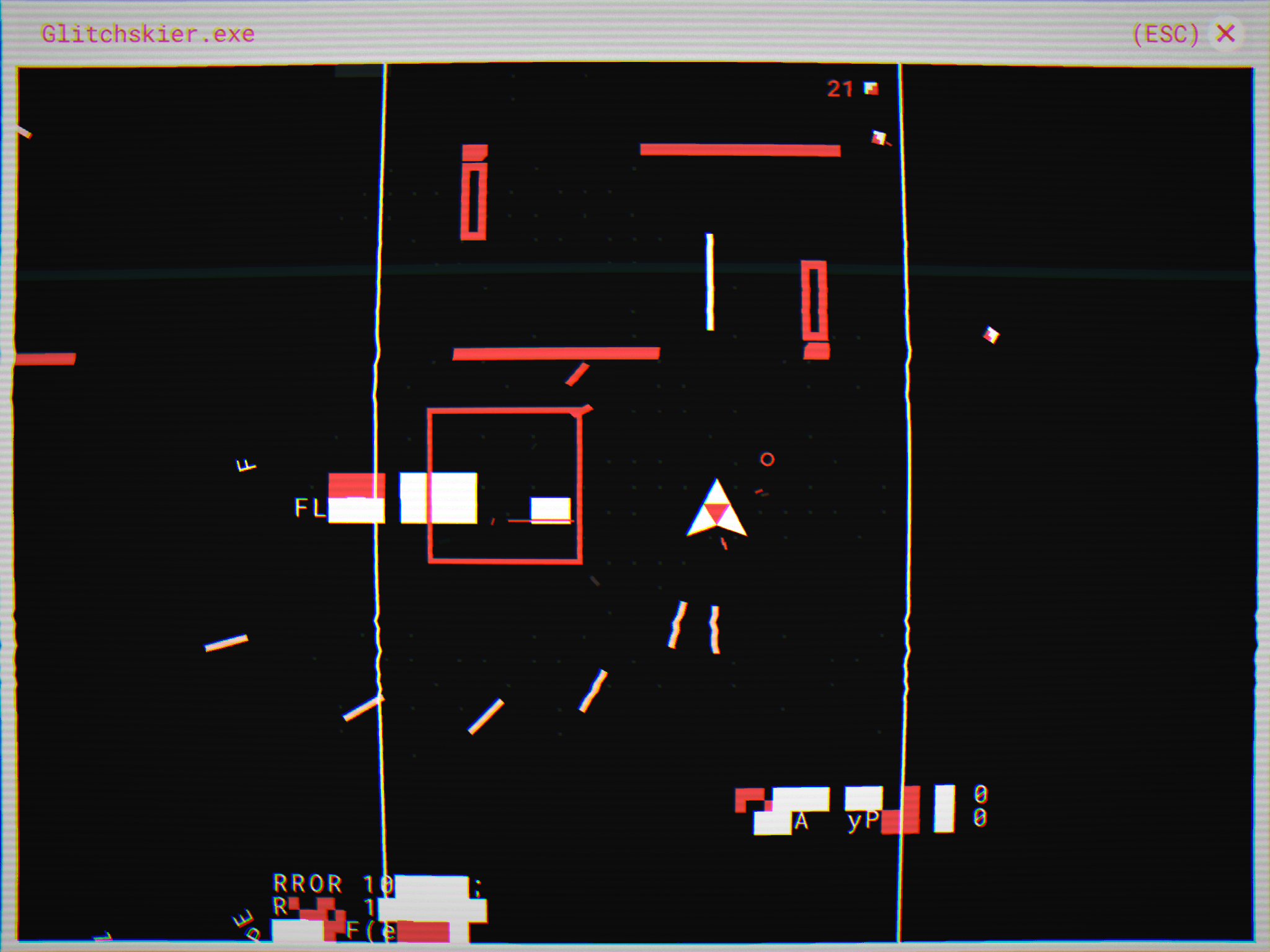 But as things start to click, and you start to get a hold of the beat of the game, you’ll find a wonderful shooter here.

It’s not arcade in the diminished sense we sometimes use that word, but in the sense that you could happily hunch yourself over it for hours on end to try and get better.

Glitchskier is a game that will divide people, but nowadays that should be seen as a good thing. It’s not afraid to do things its own way, even if that means it won’t appeal to everyone.

But if you like your shooters razor sharp and bleeding BBC Micro cool, then this is one game you should grab as soon as possible.

A thick and engaging shooter that does things its own way
By Harry Slater
| Feb 3, 2017 |
iOS
Find out more about Glitchskier
SEE COMMENTS

Planetary platformer Orbit's Odyssey gets discounted to £0.99 / $0.99 for the first time