Update on February 7th at 16:30: Voyageur is out now on Android and should be up quite soon on iOS with this link. Until then, here's the fantastic launch trailer for this amazing-looking game:

Voyageur is out now on Android and iOS.

Finally, after first mentioning the game last year, the planet-hopper, Voyageur, is coming to mobile next week. 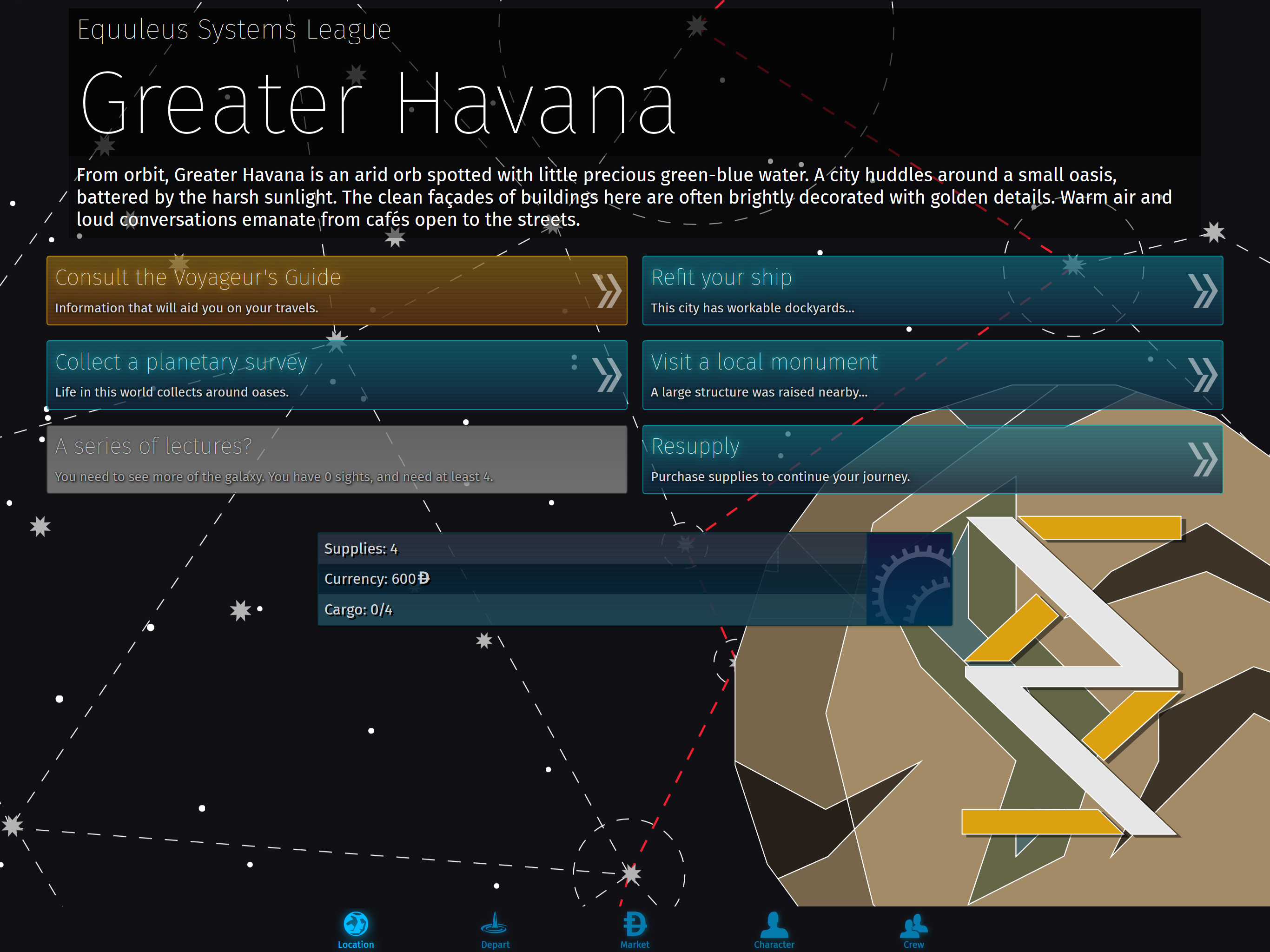 This hybrid of space exploration and interactive science-fiction is set in a procedurally-generated world which recombines itself for each play-through. In partnership with Failbetter Games, Voyageur takes the narrative mechanics of Fallen London and the world of a roguelike to make a rather interesting-looking literary RPG.

You'll have crew members to recruit and interact with, various worlds to engage with, and lots of curious things to collect as you take on your one-way journey through the galaxy.

The Zero Escape collection has been delayed on Vita in Europe, will release in March in the US

Voyageur is an upcoming text-based RPG on a galactic scale