Castle Creeps TD showcases a lot of what’s good and bad about mobile gaming. It’s a highly polished, well thought-out experience that fizzes and crackles in most of the ways you want it to.

But at the same time it’s far from original. It’s a tower defence game, and most of what it’s done you’ve seen before. There are some new ideas here, but nothing that you’d call massively original.

There’s fun to be had here, don’t get me wrong, and it’s the sort of fun that if you’re a fan of the genre you’re going to lap up. But you might leave thinking that all this effort might have been better spent on something with a bit more zip.

The game sees you defending a series of lanes from encroaching orc hordes. You’ve got set places to build towers, and these towers blast out a range of projectiles to kill your foes.

There are also towers that send out infantry to smash goblins and ogres with hammers. And you’ve got a hero as well, who you can move around the battlefield to make choke points and use special moves. 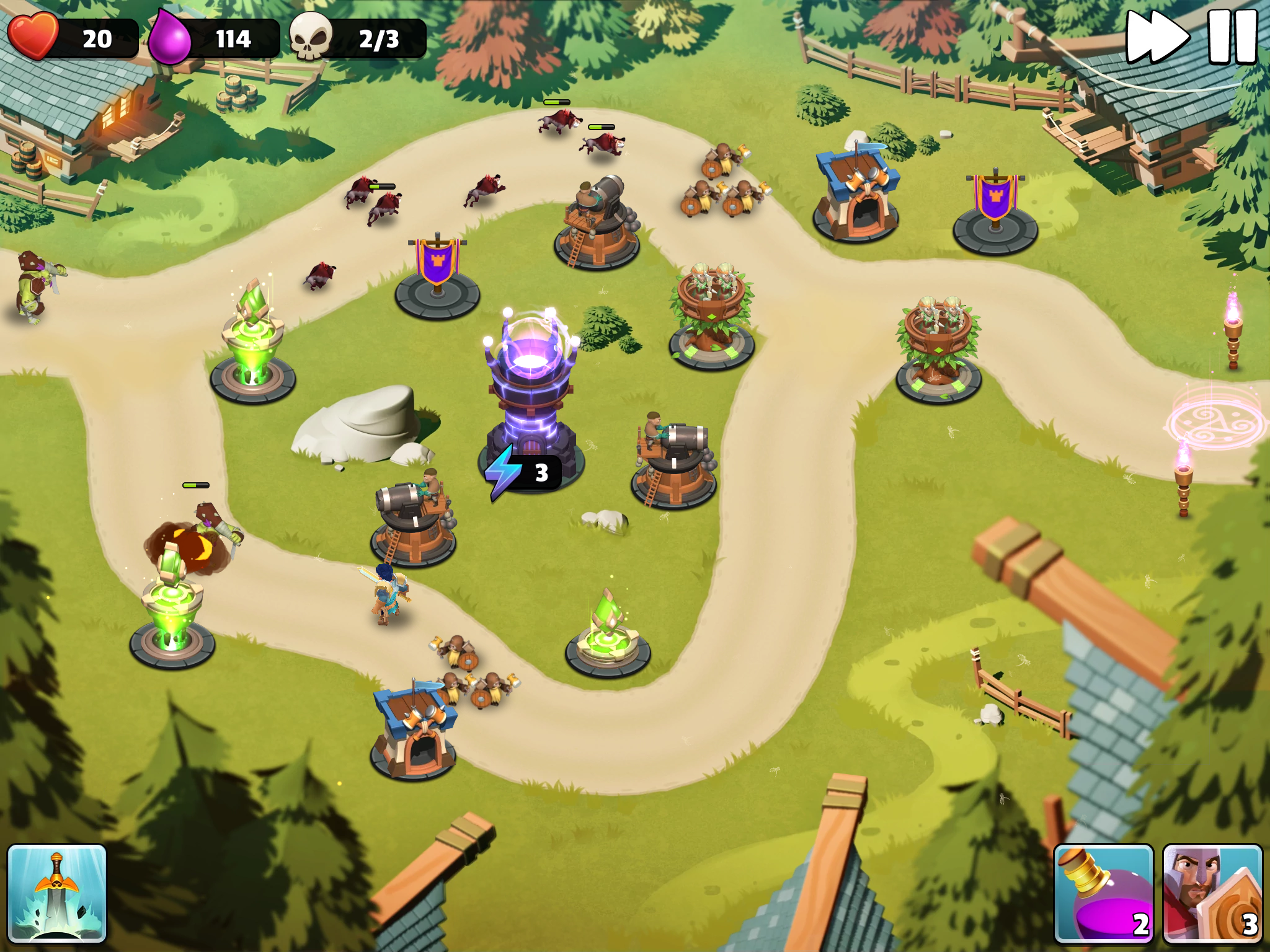 The enemies come at you in waves, and the more you kill the more elixir you earn. You use this to build new towers and upgrade the ones you’ve already positioned.

If you decide you’ve messed up you can sell your towers at a loss and spend the elixir on building new defences.

Towers are strong against certain enemies and weak against others. Building choke points with your infantry so you can keep enemies within range of your towers is one of the key tactics here.

There’s also other currencies and resources that you spend on making your defences stronger. And you’ll need to spend the deeper you get into the experience. 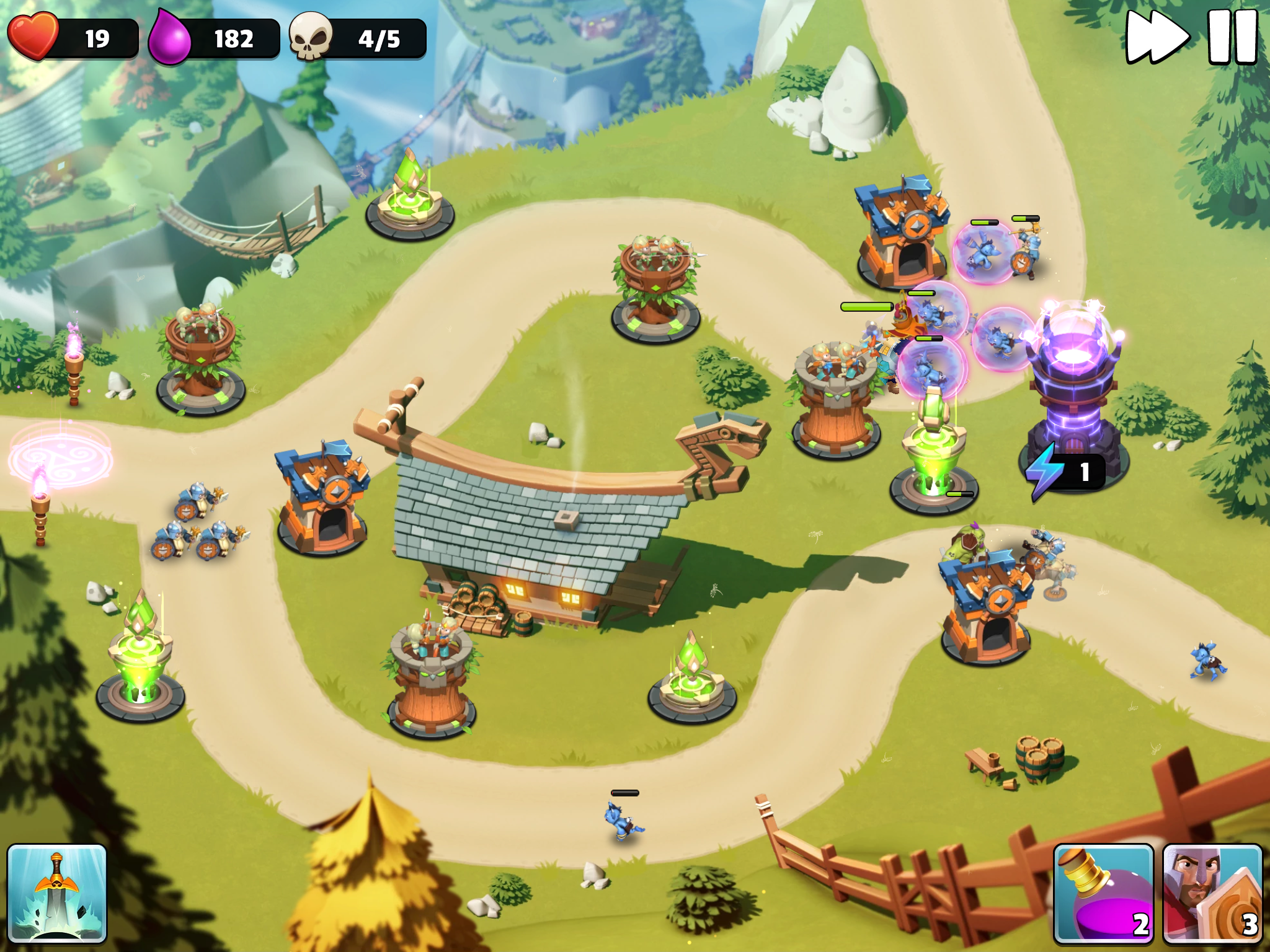 And it all plays really well. The taps you use to make your decisions work well, and the AI that controls your infantry and hero clicks reasonably well.

Like I said, you’re going to enjoy the time you spend smashing through the attacking armies and toughening up the equipment at your disposal.

But there’s a familiarity here that does start to grate after a while. You’re essentially going through the same moves that you’ve gone through in a variety of other games before.

Everything is polished to a super high sheen, and the gameplay here is more than solid. But there’s nothing here that you haven’t poked and prodded a few times before.

With a little more ingenuity thrown in this could have been an early game of the year contender. Instead it’s an impressive looking eight out of ten that you’ll come back to, but maybe not as often as you could.

A really solid and engaging tower defence game, but not much more than that
By Harry Slater
| Jan 5, 2017 |
iOS + Android
Find out more about Castle Creeps TD

Castle Creeps is a polished tower defence game, out now on iOS and Android

Castle Creeps is a polished tower defence game, out now on iOS and Android