Looks like Clash of Clans is getting its own animated web series, Clash-A-Rama

This is an interesting one. Given that Candy Crush is getting its own gameshow, I don't know why I'm surprised to see that Clash of Clans is getting an animated web series.

Yes, you heard me correctly folks. Supercell's obscenely popular strategy management game, Clash of Clans, will be releasing episodes to its own animated web series, Clash-A-Rama, on their YouTube channel, and you know what? It doesn't actually look that bad.

Based on the channel's animated shorts, Clash-A-Rama is an original series brought to us by three writers/producers of The Simpsons, and the animation studio behind Futurama. Talk about an impressive backing.

Clash-A-Rama will follow iconic characters and take place in Clash's universe. What really draws me in is that it seems to have the right amount of humour.

I guess we'll have to wait until the first episode releases this Friday 9th December to find out. 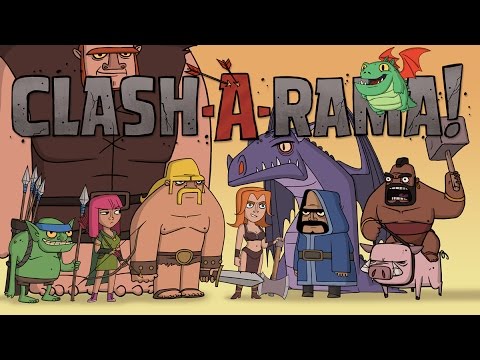