I just wouldn't last in a horror film-

Evil Dead is a pretty freaky film regardless of whether you watched the 1981 version or the 2013 remake of it, and last week the endless runner based on it launched on the App Store. As of today, and just in time for Halloween, you can grab Evil Dead: Endless Nightmare on Android. 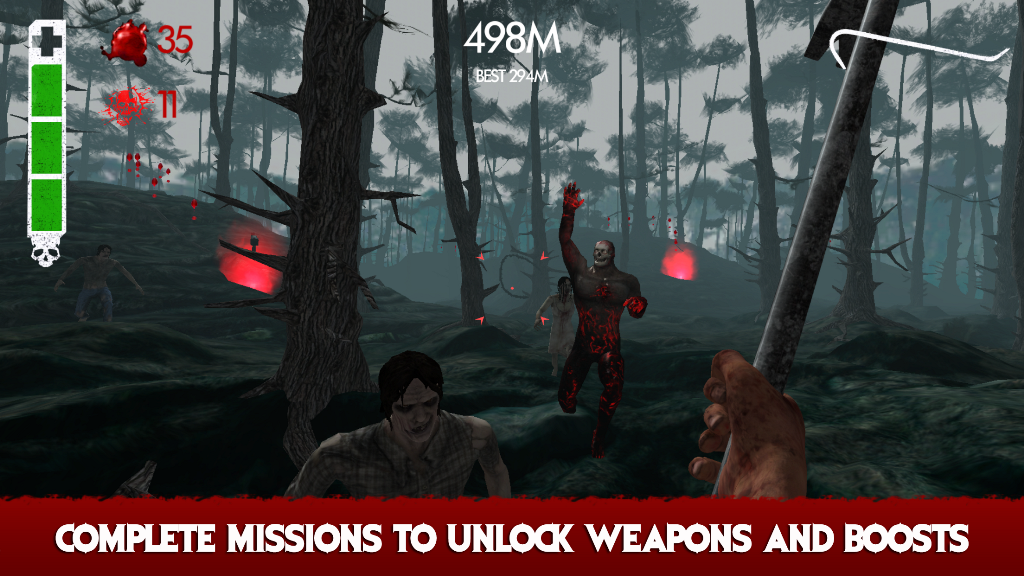 At Gamescom this past summer I was actually fortunate enough to give the game a bit of a play, but due to some pretty strict rules I couldn't mention it, so a belated sorry to those who like a bit of warning. The idea of the game is that you start in the creepy cabin and have to get as far as you possibly can before you're eventually killed by one of the many Deadites.

You can collect blood droplets in each run to upgrade your weapons and give you a better chance at survival. It's pretty basic with fairly simple graphics but there's something so creepy about the game that makes it truly unnerving. Maybe it's my phobia of devil-stuff/demons talking, but the sound effects, music, and ceaseless whispering in your ears is enough to make my palms sweat a little.

It's free-to-play, so whether you're an Android user or an iOS user give the game a go and see how far you'll get. Pick it up the Google Play now.

Agent A, the perplexing puzzler with a swinging-60s vibe, is out now on Android

The Quest is a superbly classic open world RPG, finally out now on Android

The Evil Dead, possibly the greatest horror film ever, has a game out now