You've only gotta wait 'til tomorrow-

Updated 18th October, 16:16 PM: As opposed to what I'd originally believed a press release by Ubisoft has said otherwise as it announces Eagle Flight's release on Oculus Rift today.

Eagle Flight will be available on PlayStation VR on the 8th November, and on HTC Vive from December 20th. Head over to Oculus' store page to grab the game.

With the excitement of the PlayStation VR's release last week, there's been a huge catalogue of games already launched alongside it. However let's not forget about the other contenders in the VR wars as Eagle Flight hits the Oculus Rift, HTC Vive, and PlayStation VR store tomorrow. 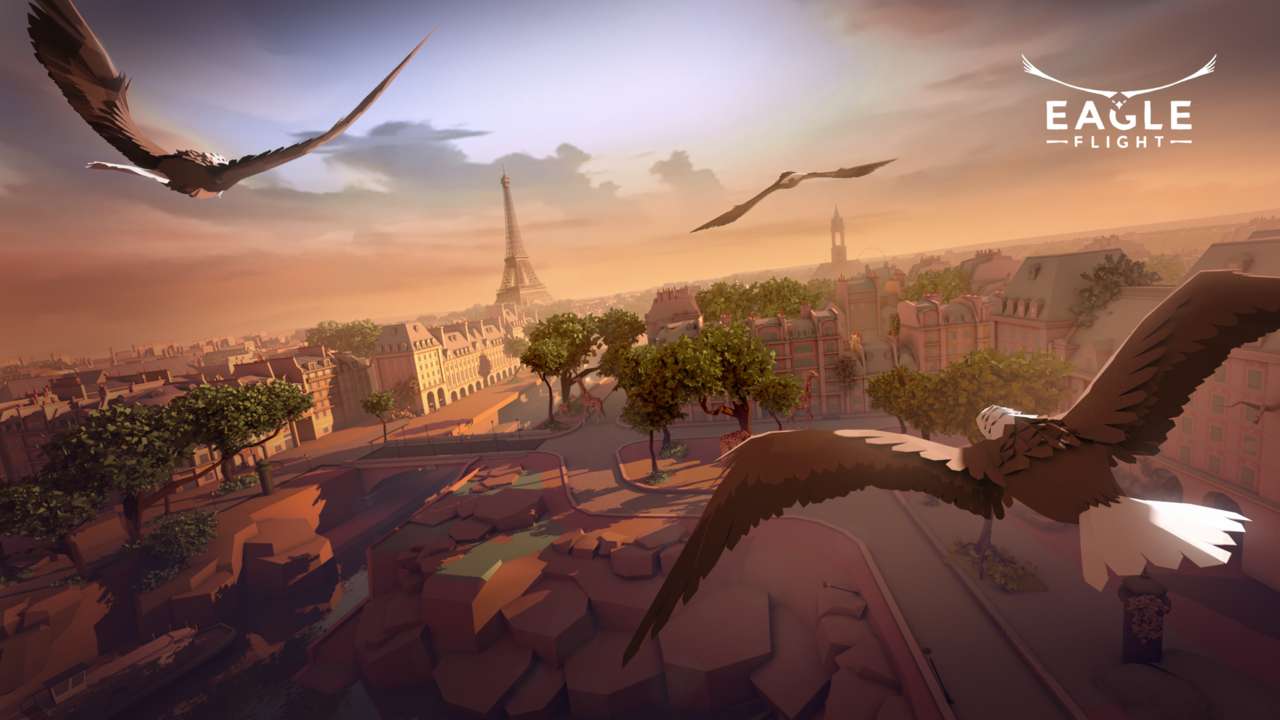 You can probably guess the basic premise from its title. Eagle Flight is a flight simulator where you play as a majestic eagle, soaring through the desolate streets of Paris in some kind of dystopian future. You take part in single or multiplayer challenges and races, such as aerial parkour where you weave through ring courses, or online ghost races where you can compete with friends.

The controls are easy: tilting your head either left or right to turn that way, or up or down to either climb into the sky or shoot towards the ground. The graphics are charming and simple, yet its simplicity is probably the thing that makes it striking. The colours are bold, and the city is well-designed and almost haunting as humans seem to have disappeared out of existence. Instead wolves, other birds, deer, and zoo animals are all that remain.

With five chapters to play through, over 20 high-speed circuits, story challenges, missions to complete, and hidden collectables to gather there's actually quite a lot to keep you busy. Let's just hope no one tweaks their neck.

Eagle Flight releases tomorrow (the 18th October) for around £30 on Oculus, Vive, and PSVR.