Ever stroll through the app store and struggle to find a decent game of footy? Yes, same here - so there was collective cheer from mobile gamers when developers Batovi announced Pixel Cup Soccer 16.

The game released in June, was a breath of fresh air amidst a plethora of uninspired iOS football games flooding the market. The visuals are reminiscent of classic footy games, perfect for those pining for some old-school nostalgia when it comes to the beautiful game.

But what about the mechanics of the game I hear you ask? Well fret not, as Pixel Cup Soccer 16 has more than a few tricks down its sleeves (boots?).

Here’s a guide on where to go to get the best out of the beautiful game, as well as tips that will have you playing like a pro in no time. 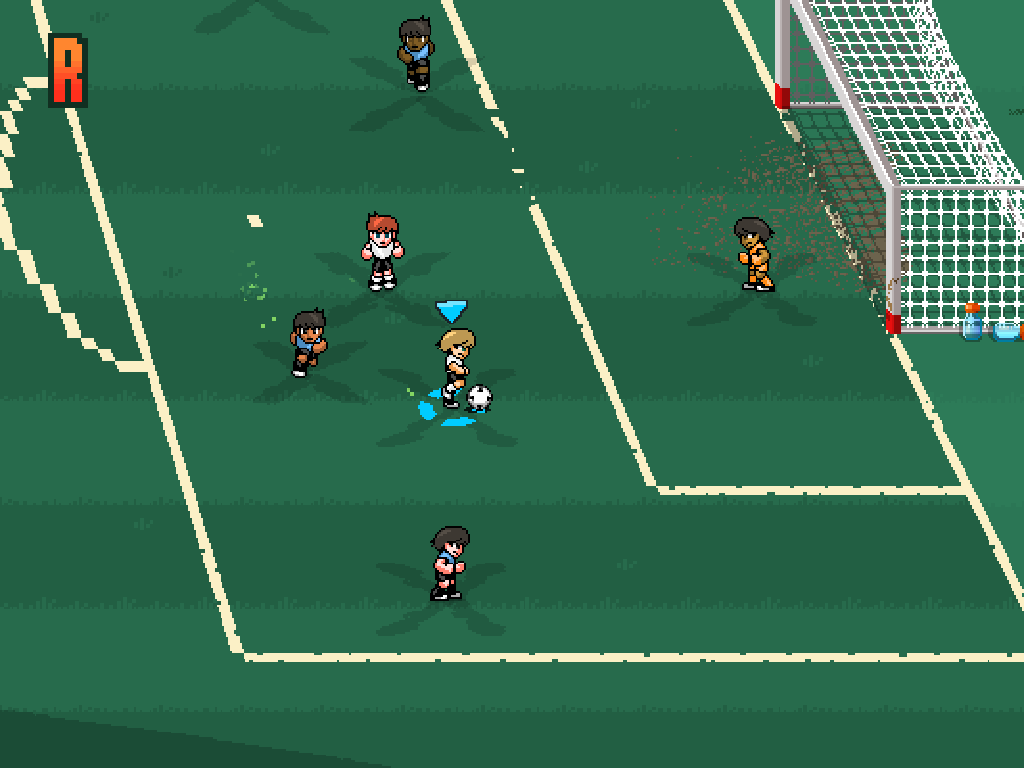 Pixel Cup Soccer 16 is accessible at all skill levels, whilst also possessing a deeper level of gameplay that more advanced players will want to get to grips with.

Casual or advanced, the practice mode will help regardless of your skill level, providing the player with all the necessary ability to take on the top players in the game.

Basic controls include the floating joystick to control players, and the two on-screen buttons for pass and shoot. For defence, one button switches player and the other tackles – simple!

But you might want to dig deeper to become the best, which is where the finesse of the game comes in to play. 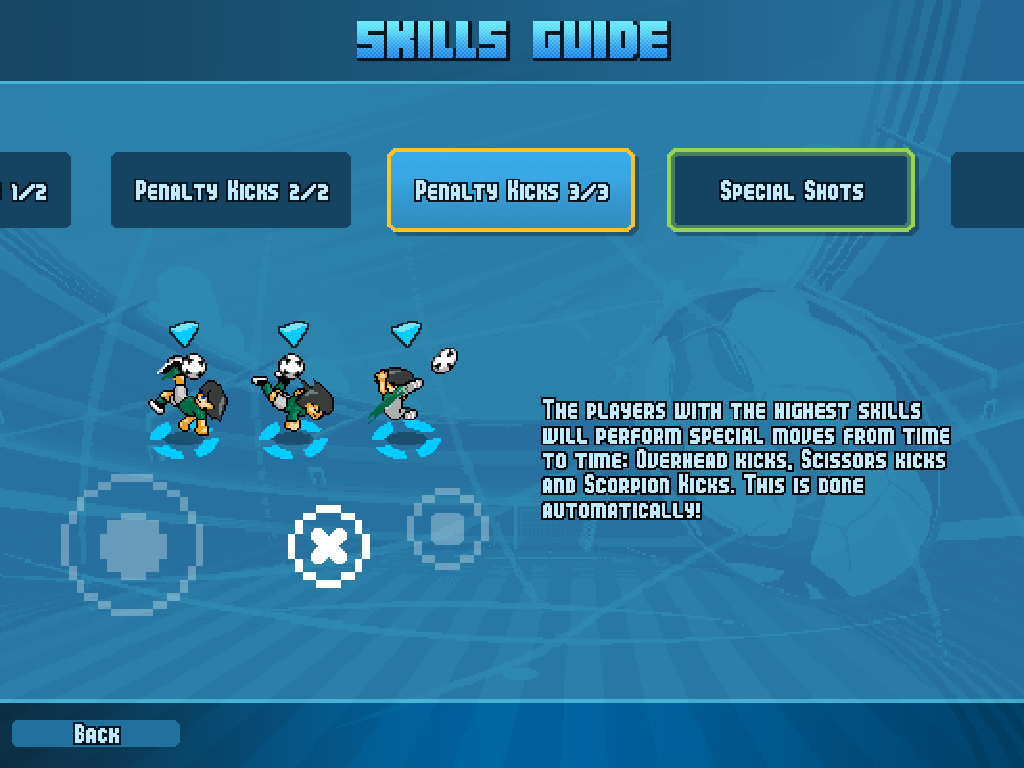 If you want to go further into the games under-the-hood mechanics, there’s always the neat skills guide nestled into the practice mode.

Some of these range from adjusting the length of passes and shots, to tips on how to take penalties – key attributes that you will need when playing on higher difficulties.

Be sure to note that one new feature that isn’t found in the skills guide is the ability to now direct corners and throw-ins though.

However you decide to set your players out, the skill guide is integral to improving your mastery of the game. P.s Tackle as much as possible, as there are no fouls in the game. 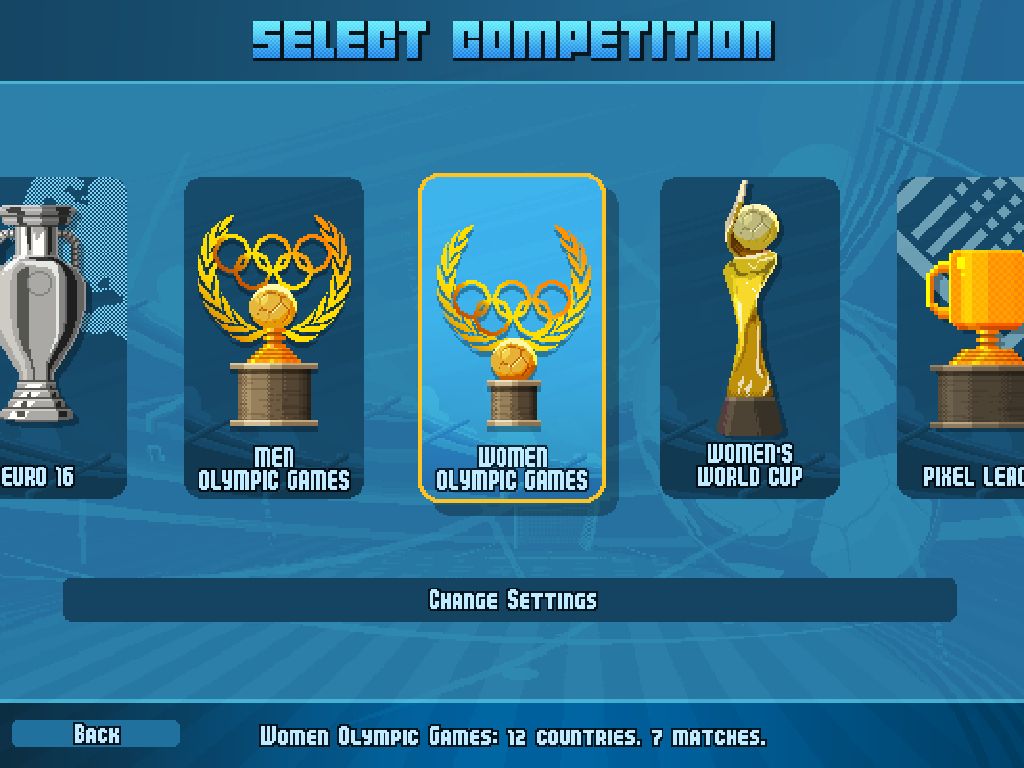 The good thing is that this depth in gameplay options isn’t wasted on scant modes, evidenced by Batovi’s new update for the game (1.0.3) which features both men and woman tournament modes.

Available as of today, this addition ensures that you will never be stuck for places to show off your new-found skills - the game is also loaded with features, so be sure to take the time to get acquainted with them in the main menu.

The update comes just in time for the Olympics too, a time when many of us get more competitive than usual.

This comes after the much appreciated 1.0.2 update to the game which added replays, challenges, achievements and social media implementation, meaning there’s no better time to take to the pixel laden field.

Still haven’t picked this one up yet? Head over to the app store (download) to get this football frenzy on your iPhone or iPad for £2.29.