Clash of Clans 101 - How to use the GoWiPe attack strategy

Go wipe them all out

One of the most common attacking strategies used in Clash is the "GoWiPe" attack.

The name GoWiPe comes from the first two letters of the primary troops used in the strategy: Golem, Wizards, and P.E.K.K.A. It uses these specific troops because golems have the highest hit points of any troop in the game, wizards can deal the most damage per second, and P.E.K.K.A. have both high hit points and extremely high damage per second (though they attack slowly).

During your attack, the goal is to utilise your golems as a meat shield to absorb damage while your wizards and P.E.K.K.A. follow closely behind destroying buildings, heroes, and defences.

The primary advantage of this strategy is that it is very good at achieving 2 and 3 star attacks no matter the base. While it’s very effective, it’s also very costly and timely to make; thus, it’s typically used for war attacks or during a trophy push, and much less so during traditional farming.

While there are differences between GoWiPe attacks at the TH8, TH9, and TH10 levels (discussed below), they all follow the same principles of how to attack the base.

Generally, the attack should focus on the side of the base that has the highest damaging defenses and heroes. You’ll want to take out these first as they’ll do the most damage to your troops. Having them destroyed early, while you have the majority of your troops still alive, allows your troops to defeat them quicker and continue to push through the base.

A typical troop make up for GoWiPe at Town Hall 8 is as follows:

The troop composition is just one recommendation. There are tweaks (discussed below) that can and should be made as you become more advanced with the attack strategy.

So how to do a GoWiPe attack?

Before going over a step by step attack approach, there are several key tips that that will help you perfect your GoWiPe attacks:

And now, the step by step GoWiPe attack guide: 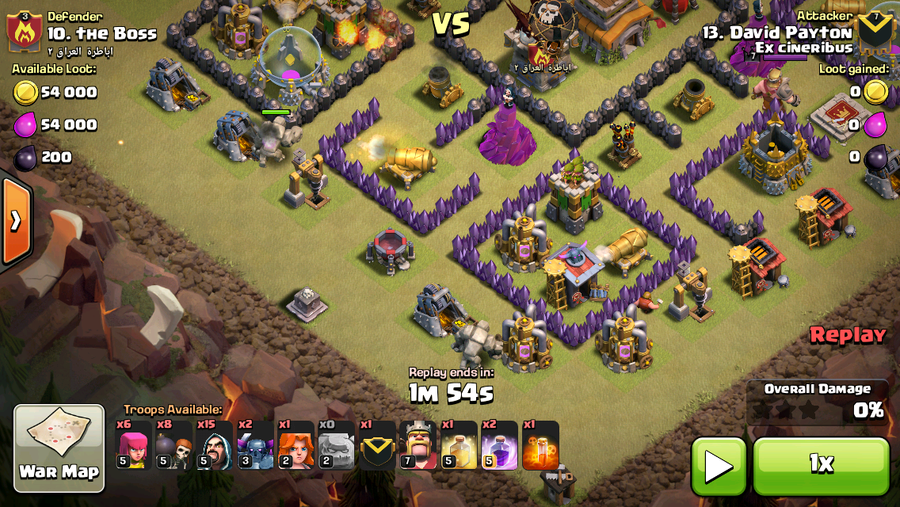 Drop your two golem one on side of the base spaced out enough that one defense cannot hit both of them.

Send in a few wizards spaced out to begin clearing the outermost obstacles (usually collectors). 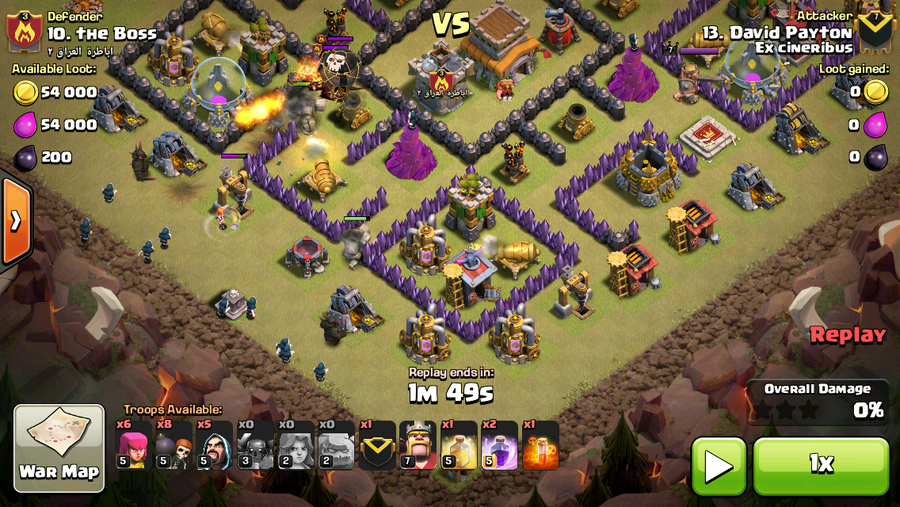 Send in more wizards spaced out to begin clearing the inner layers of the defenses.

Drop your P.E.K.K.A., which will hopefully funnel to the center of the base. 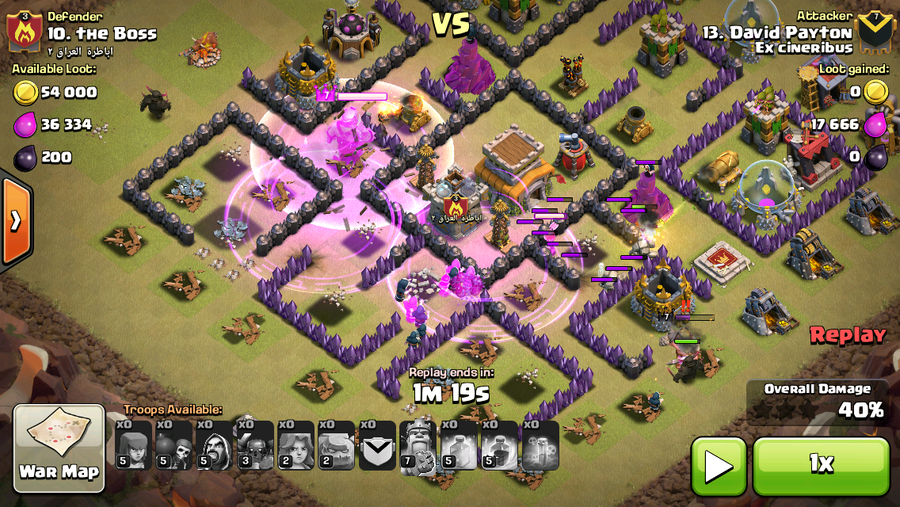 Use your rage spell as your troops get to the center of the base near the town hall.

Watch for when your troops run into defenses and need to be healed.

Use your second rage spell to help power your troops through the 2nd half of the base.

Note on steps for troop deployment: These steps are a general rule. Depending on the base, you may want to flip several steps. For example, you may want to deploy your P.E.K.K.A. early in the attack if there’s an easy pathway to the Town Hall.

The above troop composition is just one recommendation for an army composition. Tweaks can be made depending on the base or what you feel comfortable with as an attacker. Some tweaks that can be made are:

In addition to tweaks of troop composition, tweaks by Town Hall level should be made. Below are recommended build outs for Town Hall 9 and 10. The major difference when moving from Town Hall 8 to 9-10 is the addition of a 3rd (and 4th) golem. This is necessary because the defenses at the upper Town Hall levels deal significantly more damage per second. Additional meat shields (golems) are needed to protect your troops.

Note on spells: if attacking a lower level Town Hall 9 with lower level walls, a jump spell may not be needed. Bringing an additional heal spell may be more useful.

Ticket to Ride's massive 2.0 update rolls out this Thursday - first details and screenshots