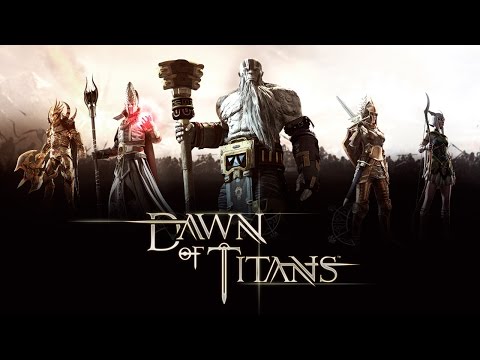 It's the kind of lush green wilderness shampoo adverts are filmed in, only Herbal Essences normally ommits the war cries of barbarian hoardes.

Thick forests nestle between majestic cliffs as you swoop the camera down and across your idyllic town. Its teracotta red roof tiles glint in a lens flare from the blazing sun as individual villagers cross the sprawling land to gather resources for your vast armies.

In other words, the kingdom of Dawn of Titans is beautiful.

Natural Motion's epic action strategy is set in a fantasy world where cities float in the sky on "plinths" surrounded by floating cloud. Your job - as the omniscient index-finger-wielding person controlling the show - is to build a civilisation and an army, aided by towering beings known as Titans. 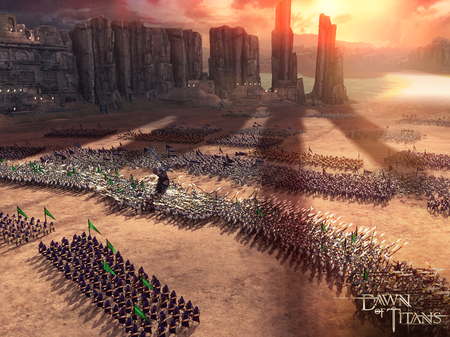 From panther-riding warriors to burning lava boars, these imposing characters are game-changers in battle. In our demo, we were vastly outnumbered by the enemy hoardes, but by calling in a Titan wielding a hammer the size of a bugatti veron things quickly turned in our favour.

Critically, each 3D battlefield is made up of thousands of swordsmen, pikemen, cavalry, and archers that battle each other in ambitious real-time. In one skirmish there were over 7,000 troops under our control.

You attack an enemy army by using a finger to swipe your units to a target. Before the battle starts you can line up your first chain of commands, then as the fray begins you can react and reorganise your forces in real-time. 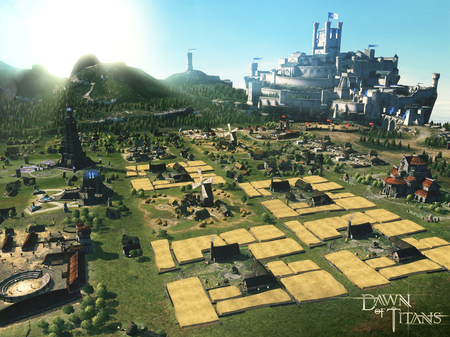 As our Titan made short work of the enemy, scattering units like match sticks, another 2,000 back up troops were mustered by our foe. This is where you yourself can call in extra forces that include spells, more Titans, or (in our case) 20ft high poison-spewing Hydra monsters.

The battles themselves have been designed to meet the "Starbucks Line" test. You need to be able to start and finish a battle "in the time it takes a barista to make a macchiato."

In other words, Dawn of Titans distills the epic scale of a Total War campaign into an intense shot of strategic bombast.

While the graphics don't quite measure up to similar games in this family such as Total War on PC, Dawn of Titans boasts some of the best animations we've seen on mobile. 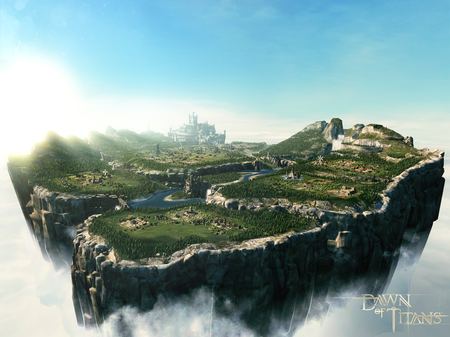 Away from the carnage you can level up your Titan in a zoomed-in edit suite where they shuffle from foot to foot, yawn, and follow every turn of the camera with their heads.

Here each Titan can be customised, and you can also check out its weaknesses and strengths to ensure you are using the best strategy on the battlefield.

The true crux of Dawn of Titans, however, lies in its PvP mode. You can zoom out from your plinth into the wider kingdom made up of clusters of other players' plinths from around the world.

Suddenly you realise you are just a singular island floating in a vast landscape, so now you have the option to join alliances.

Clash of Clans fans will be familiar with the concept, but Dawn of Titans is about soldiers vs. soldiers, not soldiers vs. buildings; Who has the best battle strategy, not who donates the most troops.

The free-to-play game is going in to soft launch in the next few weeks, and will be rolling out on iOS and Android later this year.

The best iPhone and iPad games from February 2015