Swap Heroes 2 will be out on February 18th with permanent progression, a final boss, and new characters

We already knew that Swap Heroes 2 was on the way due to having eyes everywhere (including our butts).

But its creator, Chris Savory, has now made the official announcement. It'll be out for iOS and Android on February 18th.

Accompanying this announcement comes new information about this sequel to the Silver Award-winning turn-based strategy adventure.

Most important is that your progress in Swap Heroes 2 isn't reset every time you die. Instead, a new quest system gives you permanent progression.

"Star points are used to equip team-wide upgrades as well as earn you a final showdown with the Shadow Knight."

Yep, that's two more additions to the formula he mentions there.

The first one being the final boss battle against the Shadow Knight. The second being the upgrade system that lets you improve health, attack, healing, and skills. 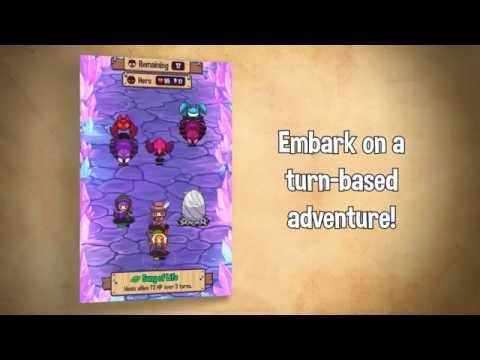 There's also a new Endless Mode so that you can fight it out with other players on the leaderboard.

And, as this is a sequel, there's also eight new characters, 20 new enemies, and 10 new locations to battle upon.

That's everything. But, if you want, you can find out more about Swap Heroes 2 on its website.