The 3 best Android games this week - Gunbrick and more

You might wonder how Nitrome manages to launch so many mobile games, in such a short amount of time. I mean, weren't we just playing Platform Panic and Roller Polar?

And now here's a massive puzzling adventure game where you roll a big cube around a level, carefully positing it to squish enemies or land on buttons. And it's got a big gun on the back so you can propel yourself to higher levels.

Well, the secret is that Nitrome is also a Flash developer and has a treasure trove of addictive and innovative games on its website that it can readily port to Android. Even Gunbrick used to be a super minimalist puzzler before it was reworked into this gorgeous pixel art masterpiece.

As Harry said in his review, "an ingenious, well put together mash up of genres and ideas, Gunbrick is the first must-buy of 2015". 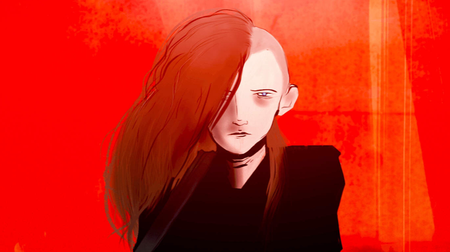 Another developer working at a crazy pace is Cubus Games, which already has a sequel for its moreish sci-fi gamebook Heavy Metal Thunder.

The moody follow-up Sol Invictus is much broader in scope as you explore the solar system, jumping about the cosmos with a crew of soldiers, hunting down an alien menace. It's gory, dark, and addictive.

As ever, this is a choose your own adventure story so you should expect to do a lot of reading, a lot of decision making, and a fair bit of die rolling to boot.

As Harry said in his Silver Award review, Invictus "builds on the foundations set down by its predecessor, both mechanically and in terms of scope. If you enjoyed the first book, then you're going to lap this one up too."

It's an endless runner where you tap to move forward and swipe to change lanes. The goal is to get as far as possible while avoiding cars and trucks, navigating treacherous rivers, and staying away from evil eagles.

It's no surprise that this was one of the most addictive and popular iOS games of last year. It's so simple, but so satisfying when you get a new score (and not to mention unbearably tense when you're on a good run).

Also, don't be put off by the fact that it's free, or filled with coins, or constantly showering you with gifts. The only thing you can buy is cosmetic replacements for your chicken - the actual leaderboards are perfectly balanced. Joy.