Pixeljam Games will be bringing its PC platforming adventure Potatoman Seeks the Troof to iOS next year - in late January, with any luck.

The studio released the barmy cartoon shmup Glorkian Warrior earlier this year. Potatoman Seeks the Troof is just as bizarre as that game, if not more so.

In it, you play as Potatoman as he sets out across a deceptive and hazardous series of landscapes to seek the troof.

There's a desert full of scorpions and vultures. A forest full of birds and boulders. And, eventually, you'll even head inside Potatoman's mind.

It's all rendered in lo-fi pixel art, but don't let that fool you, this is a tricky little game.

It belongs to the small group of platformers that test your reflexes and memory by trolling you. Nothing is quite what it seems in this world. And, most of the time, being tricked will lead to your death.

Cacti leap out of the ground unexpectedly to trip you up. Friendly cowboys suddenly turn and shoot a bullet at you. Birds aim clusters of freshly laid eggs at you while flying overhead.

At least when you do die (which will be regularly) you're treated to an amusing squeak as Potatoman is flung into the air.

If you've played the game on PC then this will all be familiar to you. The game is more or less exactly the same on iOS. The only big difference being the touch controls, of course. 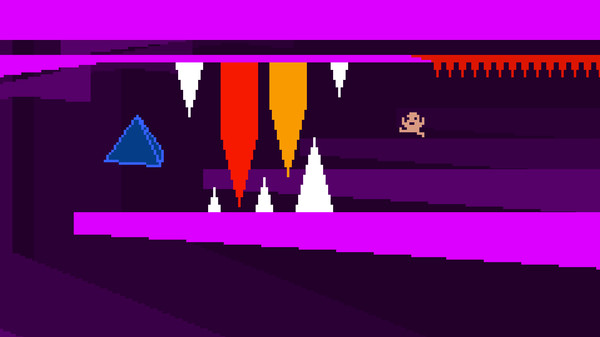 You use your left thumb for left and right movement by moving it in the direction you want to go, and holding it there.

The right thumb only needs to tap the screen in order to make Potatoman jump. And that it's it. It works just fine from what I've played.

We'll have more information about this upcoming iOS version of Potatoman Seeks the Troof soon. For now, check out its website to learn more about it.