This "DX" version of the game enhances it and adds new features that the Silver Award-winning original for PlayStation Mobile doesn't have.

For starters, it has new directional firing options so it should feel a little more robust when you're defending the kittens from those dastardly robo-jellyfish.

Big bosses at the end of every section that have to be beaten are one of the big additions in DX. As well as a new easier mode for those who thought Normal was too hard.

DX also adds a new Arcade mode. "Imagine it like a blend of arcade classics Gradius and Defender," developer Dugan Jackson writes on the PlayStation Blog. 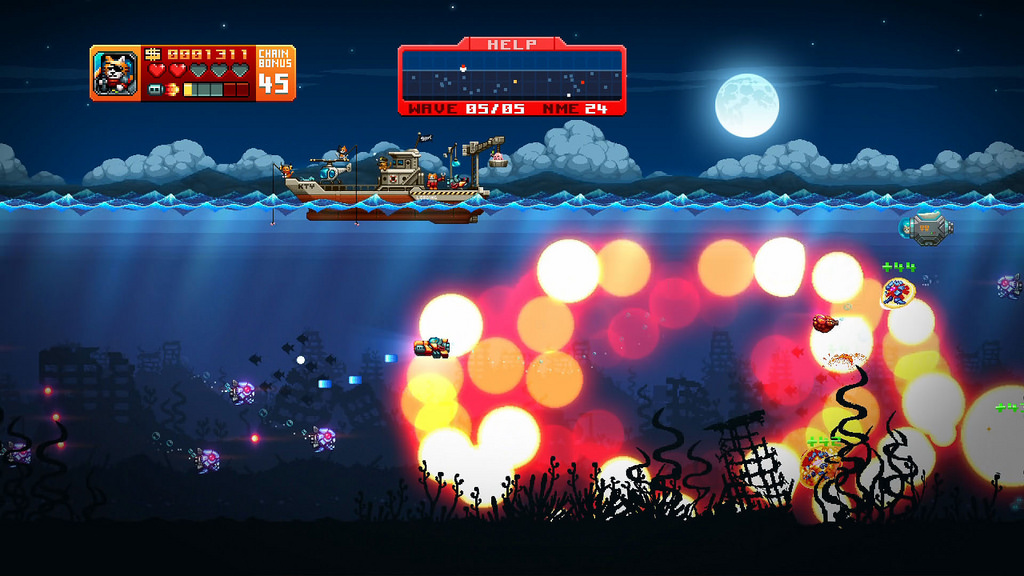 "You collect special gems which can be used to purchase your power-up upgrades," Jackson adds, detailing about the Arcade mode.

DX will also run at 60hz on Vita. While new visual upgrades including glows, extra particles, distortion effects, and large multi layered parallax skies make it prettier than ever.

Aqua Kitty - Milk Mine Defender DX will be cross-buy when it comes out on November 26th. So if you buy the Vita version you'll get it on PS4 too, and vice versa.

Over 1000 players petition against Shadowgun: DeadZone due to lack of fixes and updates