How big is big? The iPhone 6 and 6 Plus size chart

Is it bigger than a 3DS XL?

This week, Apple went big. It said, and I'm paraphrasing here, "oh, so you Android jerks like big phones? Well here's a big phone. A bloody big phone. It's absolutely massive. Go on and buy it. I dare you".

The monster iPhone 6 Plus makes most phablets look like a smartphone for ants. And the iPhone 6 is no slouch either, dwarfing its teeny iPhone 5S predecessor.

So how do these phones stack up to other gadgets and gizmos you might have lying around the house?

To help you get an idea, we put to-scale images of the two devices up against other phones, phablets, and handheld consoles.

We'll start with the 182mm PS Vita. Like a spiritual successor to the Game Gear, this beasty handheld is the chunkiest games console around. But it needs to be, to hold that 5 inch display, flanked by buttons and analogue sticks.

And wow, boom, we're already on the iPhone 6 Plus. This humongous phablet is 158.1mm tall, and most of the front panel is taken up by that monstrous 5.5 inch display. 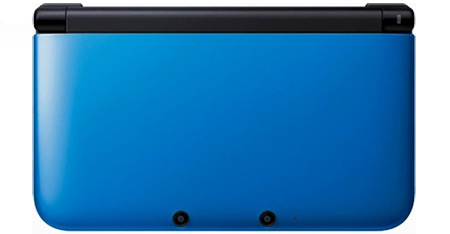 Next on the list is the Nintendo 3DS XL. It's 155mm across, and that dashing blue clamshell hides a 4.18 inch screen (up top). So put one of these up to your ear and you'll have an idea of how big the 6 Plus is.

The Samsung Galaxy Note 3 is supposed to be the big boy of smartphones, but at 151.2mm it's quite a bit shorter than the 6 Plus. But the screen is actually bigger on the Galaxy Note, at 5.7 inches, as it takes up more of the fascia.

It's the current reigning king of Android. And at 146.3 mm, the HTC One M8 barely manages to squeeze into the throne. It sports a 5 inch display and a snazzy metal finish. 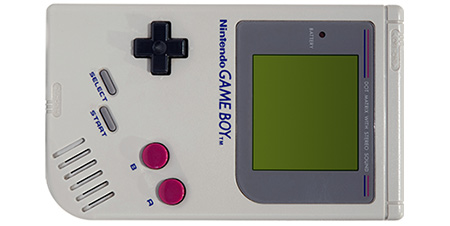 I wanted to include the 145mm Game Boy on this list for a little retro flavour. Remember when we thought this thing was a total brick? Now it's halfway down this list.

Now here's the other phone from this week's keynote: the iPhone 6. It's 138.1mm and has a 4.7 inch screen. This is the iPhone for those who don't want to look like they're talking into a ceiling tile.

The Lumia 930 is one of the flagship Windows phones, and is comparable to the iPhone 6 at 137mm in height and with a 4.5 inch screen.

And here's the iPhone 5S, looking like a little itty bitty baby in comparison to all these monster phablets and handhelds. The 5S, if you forgot, is a microscopic 123.8mm tall and has a 4 inch screen. It's like talking into an atom.