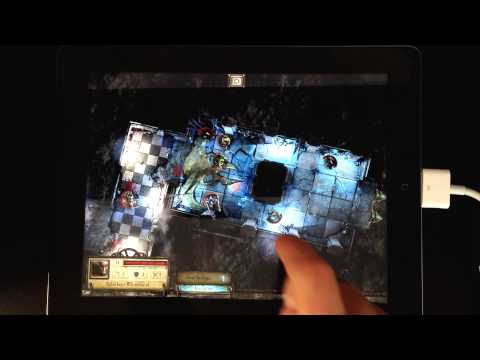 Silver Award-winning subterranean fantasy basher Warhammer Quest has had its price sliced down to just 69p / 99c. That's a lot of game for not very much money.

You control a party of warriors, wizards, and elves who are tromping through the dank corners of the Warmhammer universe, killing pretty much everything that moves in order to complete a series of quests.

At review we called the game "a fun, fast-paced dungeon-crawler that does its inspiration justice," and added that "Warhammer Quest isn't perfect, but it's a damn good start."

If that sounds like the sort of thing you'd like to pay 69p / 99c for, then you should head on over to the App Store and get the game downloaded this second.

Want more? Check out our 11 other Warhammer Quest news stories!