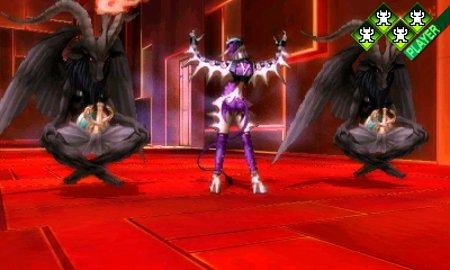 Shin Megami Tensei IV is actually coming out in Europe on the 3DS. It's like the world has flipped on its head and gone bonkers over night. Hot snow falling upwards, that sort of thing.

The game came out in America last year, and EU fans have been waiting impatiently for it to cross the pond ever since. And now it's going to. In the third quarter of 2014.

That's business-speak for sometime between the end of summer and the start of winter. I think.

The game will be available as a download from the eShop, and it'll only be in English. Which sort of makes you wonder what Atlus has spent the last year doing.

When we reviewed the US version of the game we gave it a Gold Award and said "like a bottle of fine scotch, SMT IV won't be for everyone - but those RPG enthusiasts who can appreciate its subtlety and challenge will cherish it for years to come."

We'll let you know when we hear a more concrete release date, or find out how much Shin Megami Tensei IV is going to cost.

Out at midnight: Twisty Planets mashes together platforming and puzzling to great effect on iPad and iPhone