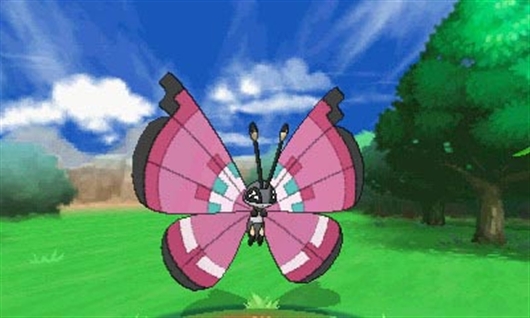 Wow. Apparently, 90 million Pokemon have been traded worldwide through the Global Trade Station. That's... a... lot.

But that's behind us now. So, yes, we should be focusing on getting that trade count up to 100 million.

Upon doing so, you see, all players of the Platinum Award-winning Pokemon X and Y will receive a shiny new Pokemon.

"When this enormous milestone is reached, a special distribution event will take place enabling all players of Pokemon X or Pokemon Y to receive the Fancy Pattern Vivillon wherever they are in the world," The Pokemon Company revealed.

Show us your wings

Admittedly, we don't know what this Fancy Pattern looks like yet. We do know, though, that it's different from the normal Vivillon.

That one is a unique Pokemon in that its patterns and the colours of its wings vary according to the region in which it is.

So, what are you waiting for? If you want a new Pokemon, you better get busy trading.