'Cute' is probably the last word you'd use when describing ruthless assassination simulator Hitman, but there's something undeniably adorable about the pintsize tabletop models in Hitman GO.

Chrome domed murderer Agent 47 looks like a decoration on a wedding cake, he stalks his prey in elaborate architectural dioramas, and the loading screens show the pieces and cards packed away in familiar boardgame boxes.

Then again, this is not your typical Hitman experience. It's a puzzle game, where you shift an Agent 47 figurine around a board with the aim of getting to the exit space without being seen by guards. 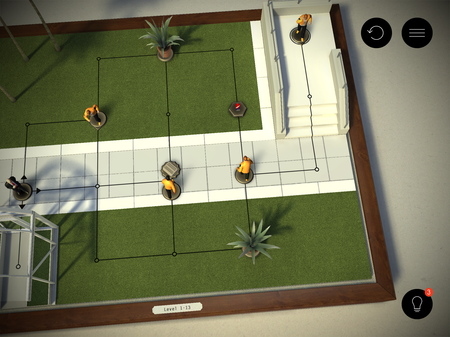 Every stage has sub-objectives, like finishing the level in a certain number of moves, or without killing anyone

You can kill off enemies if you creep up behind them (well: remove their chess piece from the board), but it's game over if you enter the space directly in front of a guard. Levels start off static, but you soon face troops who patrol or spin around on the spot.

Making smart movements and thinking several steps ahead will get you far, but Hitman GO doles out plenty of toys to help you move about unnoticed.

In certain levels you can hide in flowerpots, distract guards with Coke cans, bounce between manholes, slip into disguises, and even shoot nuisance baddies with sniper rifles. 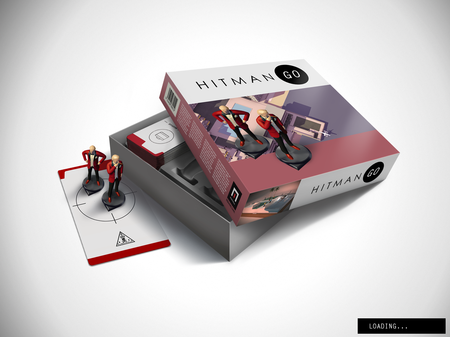 The dedication to the boardgame aesthetic is seriously quite impressive

All these shifting guards and different items might seem overwhelming at first glance, but because everything in the game moves when you do, roguelike-style, it's almost like playing a turn-based stealth game.

So you get some of the same thrills of a sneak-'em-up - and you still feel like a badass when you ghost through a level without offing a single person - but without the stress and palpitations you (or, more specifically, I) get when guards move in real time.

It also just about feels like a Hitman game. Whether that's because you can hide in plain sight with a disguise, or because level pack five is based on a stage from Blood Money, or the way Schubert's Ave Maria plays during important stages. 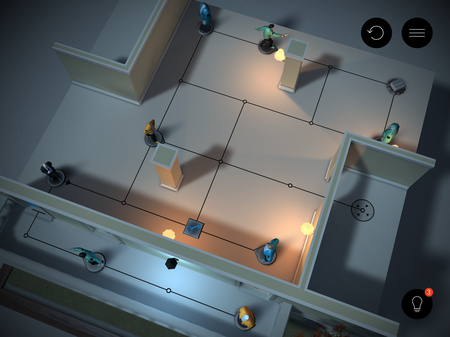 It's no stand in for a full-on stealth game, mind. And if you want something that really feels like Hitman on your smartphone you might be better served by Republique or next week's Third Eye Crime.

But, taken on its own terms, Hitman GO is a clever and refreshingly original puzzle game that's satisfying to win, and offers enough variation to keep you unlocking levels and moving forward.

It will be too sedate for some. And too simple for others. And there are some annoyances that hold it back like how it's impossible to undo a wrong move.

But if you're up for an intriguing curio and a perfectly mobile-friendly spin-off, you should get on board.

Want more? Check out our 21 other Hitman GO articles!

Hitman GO is a smart and satisfying puzzle game, with loads of content and plenty of variation. It's also totally adorable
By Mark Brown
| Apr 17, 2014 |
iOS + Android
Find out more about Hitman GO

[Update] Out now: Hitman GO lets you shuffle round vignettes and knock people off on iPad and iPhone