Is that a tiny Quahog in your pocket?

TinyCo and Fox have released a couple of new images to show off their upcoming and highly anticipated Family Guy game for mobile.

We first heard about the game back in December - and we still don't have a working name for it yet, nor do know what it'll actually play like.

But based on the images we've seen, it looks like it's aiming for gameplay similar to The Simpsons: Tapped Out.

Those images are pretty impressive, incidentally, especially since they're pulled directly from the game. 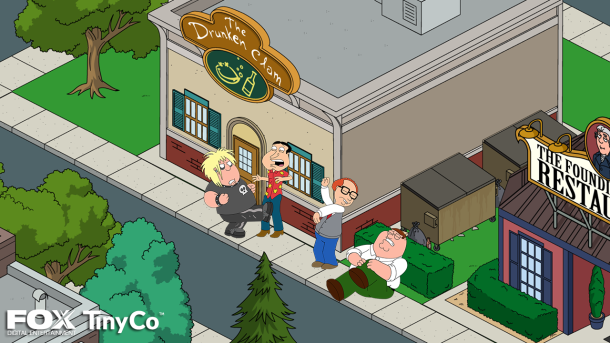 TinyCo's Family Guy game will launch for iOS and Android sometime this spring and will feature an original story dreamed up by the TV show's writers.

We'll keep you updated with more details as soon as we have them.