Well, the minis may not have worked out exactly as Sony would have hoped, but the minis section of the PSN Store did eventually, unexpectedly, became home to some brilliant games. Brilliant games you can download and play right now on your Vita.

So, here's a selection of the minis' greatest hits, i.e. ten games which you really should download for Vita yesterday.

Note: we're only focusing on games that are exclusively available as minis. Titles that have been turned into full-blown native Vita games like Floating Cloud God Saves the Pilgrims, Velocity, and Flying Hamster weren't taken into consideration here. 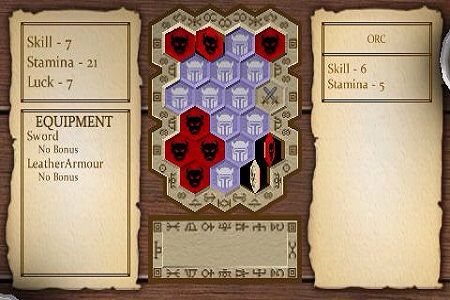 With Tin Man Games flying the flag for interactive gamebooks on iOS and Android, who is stepping up to the gamebook plate on Vita, huh?

Fighting Fantasy: The Warlock of Firetop Mountain is a digital adaptation of Steve Jackson and Ian Livingstone's page-turning, decision-making, dice-rolling classic. Only this time, you can fit it in your pocket, and play it publicly without fear of ridicule.

And it works really nicely. Though combat is still essentially luck based, the game feels slick and the yellowed page effect feels authentic. Years on, this gamebook remains unexpectedly gripping. 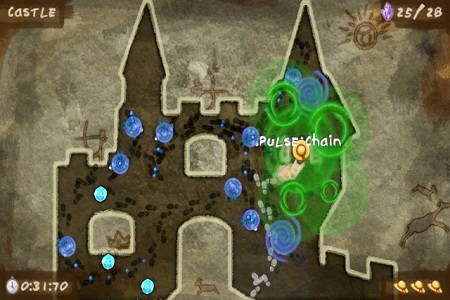 It's hard to imagine that one of the leading figures on mobile once released games on PlayStation minis.

Yep, Australian studio Halfbrick had to start somewhere. Before Jetpack Joyride, then, there was Echoes, a neat little arcade game about scooping up gems and avoiding deadly "echoes" in double-quick time.

It's a tight and testing time trial game that'll leave you obsessing over milliseconds. 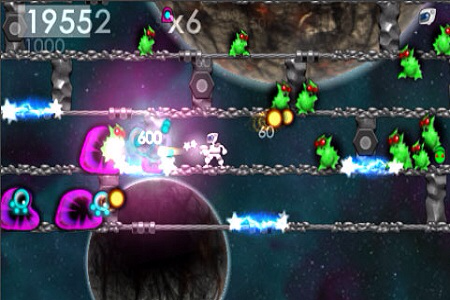 However, when you're as rubbish as I am, it can quickly become a crushing experience. So, if you like the idea of a multi-tiered arena shmup on your Vita but your skills aren't quite up to scratch, Alien Zombie Death may just be the game for you.

Don't get me wrong - it's no pushover. Enemies - alien zombies, naturally - will still aggressively overwhelm you eventually, but you get a little more time to find your feet here. Brilliant score-chasing stuff.

Ace Armstrong vs. The Alien Scumbags
By Laughing Jackal - buy on PlayStation minis 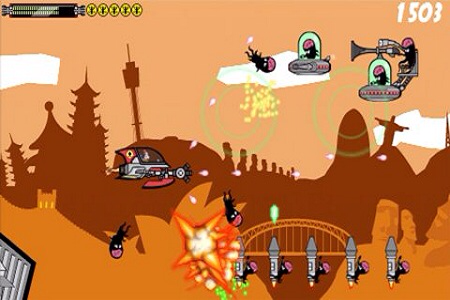 This is a game so hard that it was updated soon after release to make it more forgiving. And it's still bloody brutal.

Ace Armstrong vs. The Alien Scumbags is a cheerful pastiche of '50s-era pulp sci-fi, and a retro-style shmup with bold, colourful sprites.

Our titular hero is a strong-chinned aircraft pilot, single-handedly gunning down bulging-brained alien invaders. If that doesn't pique your interest, nothing will. It's also one of the few minis that looks rather nice on the Vita's large, sharp screen. 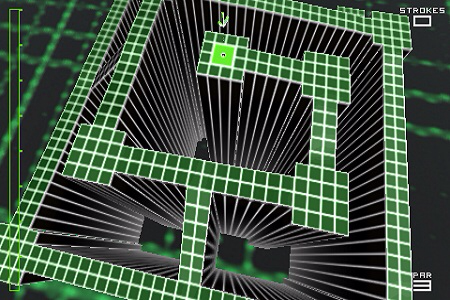 'Golf Mania' sounds like some kind of particularly unpleasant fictional illness - perhaps a disorder rife among tedious middle-class men. Thankfully, this game is more exciting than its name.

As you'd expect, it's a golf game. But there's no changing clubs here, the ball barely leaves the ground, and the courses are not always rooted in reality.

There are loads of courses on offer, ranging from straightforward putting greens to complex Tron-like structures. It's not your grandad's golf, that's for sure.

Gamocracy One: The Legend of Robot
By Ayeware - buy on PlayStation minis 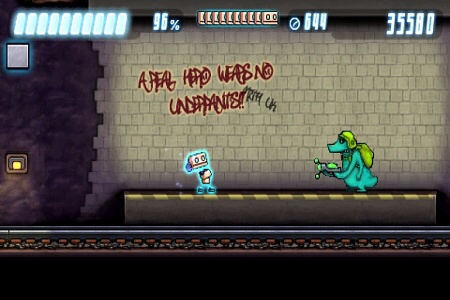 Ah, here's one with an unusual setup.

Billed as "community-designed", this project by Bearded Ladies fed off the input of gamers on the EU PlayStation Blog, with the dev aiming to create and release a complete game based on the ideas of ordinary folk.

As it turns out, gamers aren't as stupid as you might think, for the game ended up being very good. It's a brilliant little platformer, starring a robot who can fling his head about. A multi-functional head, too, for he can use it as both a projectile weapon and a bouncy platform. 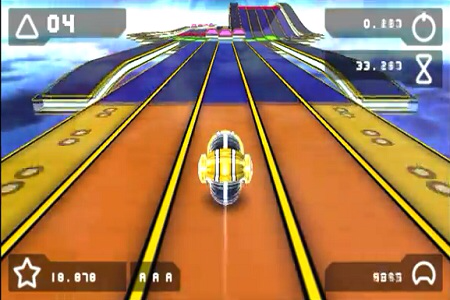 Phwoar! Trailblazer is one helluva good-looking game, especially considering the limitations of the minis platform. More importantly, however, it's no frump in the gameplay stakes.

You may already be familiar with the concept of Trailblazer if you owned a Commodore 64, Amstrad CPC, or a Gizmondo (unlucky). In effect, you hurtle along a track at breakneck pace, dodging obstacles, jumping gaps, and trying to complete the course as quickly as possible.

Everything's so darned bright and colourful. There are green speed-up pads, red slow-down pads, and all manner of other colours chucked in - all of which blur into one as you zoom along, like rapidly melting ice lollies.

Where is my Heart?
By Die Gute Fabrik - buy on PlayStation minis 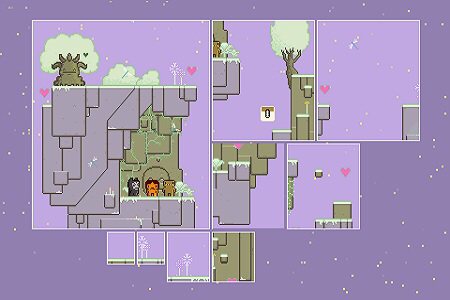 This is one of the only minis titles, aside from Velocity, that I can remember receiving any real positive coverage in the gaming press. It's easy to see why.

First off, it's beautiful. The fractured world of Where is my Heart? is made up of some of the cutest arrangements of pixels you've ever seen.

Secondly, it's super-smart. Imagine a cross between The Lost Vikings and a jigsaw. So, yeah, switching between characters on the fly in a world divided into puzzle-like pieces.

It's a game that has been likened to Fez in its approach to inviting aesthetics and perspective-shifting puzzles. This is high, and deserving, praise. 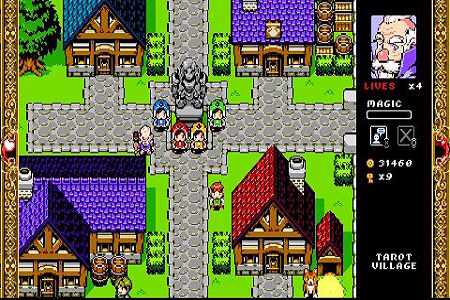 It's funny just how much a fresh lick of paint can re-invigorate something.

In this case, it's the brick breaker, possibly the most tired and oversaturated genre in gaming. Here, almost entirely thanks to the sublime pixel-art of Paul Robertson, it's been given a shot of renewed relevance.

Wizorb is a visual tribute to the vibrancy of the 16-bit JRPG, and in this respect it is glorious. The game itself still suffers from some of the genre's classic problems (repetition), but it's solid fun. And when a game looks this wonderful, it's almost impossible to dislike. 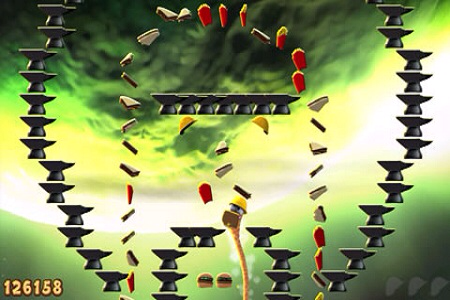 When Laughing Jackal gave Hungry Giraffe a bit of a polish and released it as a native Vita title, it seemed nothing could go wrong.

We'd liked the minis version, giving it a Silver Award, so surely this new version would be nothing short of stellar?

Well, not quite. The in-app purchases in this re-release stuck in the craw of our reviewer: "On PSP it was a wonderful eat-'em-up. On PS Vita it's drowning in pleas for cash".

So, while we said in the intro that we'd avoid these sort of HD touch-ups in this rundown, it's clear that this is one instance in which you'd be better off sticking with the minis version.