The list of Kickstarter-funded titles that have lived up to the promise of their pitch isn't a particularly long one.

There are a couple of good Kickstarted games, sure. But the vast majority of titles spawned by the so-called crowdfunding revolution have been average at best.

Detective Grimoire, however, looks set to buck that trend.

It's an intriguing first-person point-and-click adventure with a unique look and some clever puzzles. And it's out on the App Store and the Google Play Store right now.

In this game, Armor Games and SFB Games tell the story of the titular police officer, who's trying to solve a baffling murder case in the middle of a swamp. Cue lots of pointing, clicking, and puzzle solving. 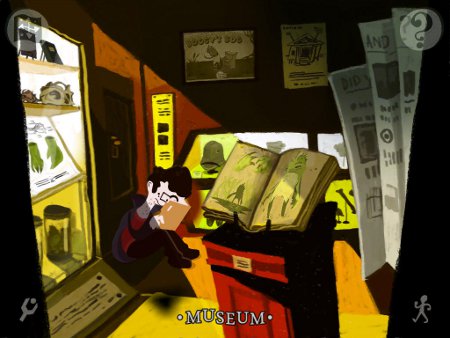 There's a stylised cartoon look to the game that sets it apart from a lot of other titles on the App Store. Plus, each of the characters you'll encounter has its own personality (thanks in part to an excellent voice cast).

Throw in some brilliantly put-together puzzles and some interesting new ideas - including one in which you piece together your thoughts to drive the story along - and you're left with an excellent and exciting point-and-tap experience.

How to crack the case: the complete walkthrough for Detective Grimoire on iOS and Android