Back at the end of November, we reported on a nasty cheat in Pokemon X and Y that completely unbalanced its online play.

The so-called "battle analyser" allowed sneaky cheaters to see their opponent's entire party and what moves they chose in combat - effectively taking any challenge out of an online battle.

When we reported on this, we said "It's up to Nintendo and developer GameFreak to find a way to shut this down". Now, just two weeks later, they've done just that. 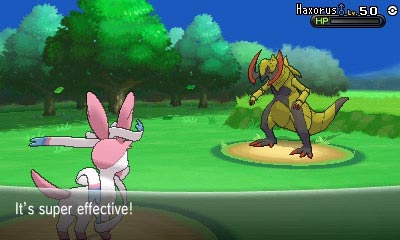 Pokemon fansite Serebii.net reports that a new patch available for the Platinum Award-winning Pokemon X and Y puts the kibosh on the battle analyser loophole and "fixes various exploits that allowed people to read data through data interception."

The patch, 1.2, is now required to go online - so you might want to head to the eShop and download it now if you've got a weekend of battling and Wonder Trading planned.

Finally, with the battle analyser loophole closed, Rating Battles have been reactivated in the Battle Spot portion of the game.