Bravely Default is available on 3DS in the UK as of, well, today.

Rather conveniently, perhaps, a full-fledged sequel called Bravely Second has just been outed.

It was, in fact, weekly Japanese magazine Jump that tweeted the photo of Bravely Second.

As you might expect, there aren't any concrete details about Bravely Second floating about as yet. The only thing worth mentioning now is that a new character called Magnolia is visible in the promo photo.

Hopefully, more information about Bravely Second will emerge soon enough. It's probably safe to assume it will be available on 3DS, at least.

You can take a good look at the Bravely Second image in Jump below. 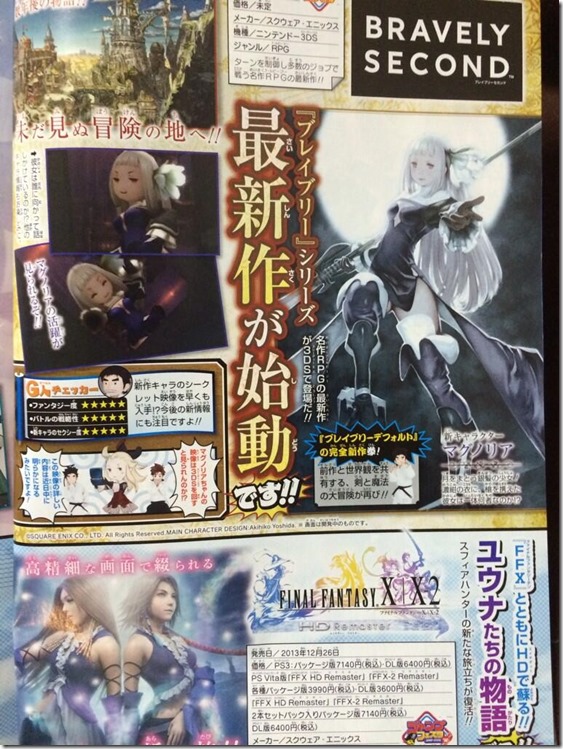