In pictures and cosplay - the Pokemon X and Y launch event

I think we caught 'em all

As you read this, Nintendo's in the process of beaming digital copies of the Platinum Award-winning Pokemon X and Y to eager fans across the world.

But some folks didn't want to wait for the downloads and simply had to buy retail copies of Pokemon X and Y the very second they went on sale at the Nintendo World Store in Rockefeller Center.

This line of fans stretched all the way around a city block, .45 miles by Google's reckoning, and included people of all ages and levels of obsession.

The first few friends in line, all members of the Monster Hunter NYC group, had been camped outside the Nintendo World Store for two and a half weeks - which, as it turned out, was a bit of an exaggeration.

"We had to leave 2 weeks ago when Miley Cyrus was on Saturday Night Live and our line was disbanded... but we came back the next day." a spokesman for the group told us. 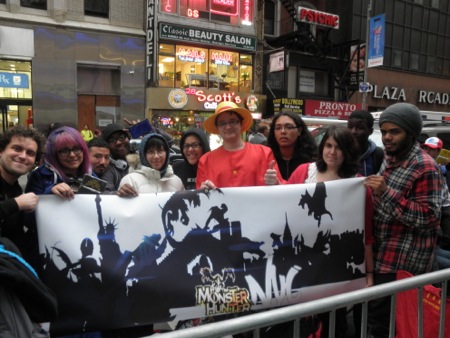 And they weren't alone - behind them were hundreds of passionate Pokemon players who skipped out on New York Comic Con to purchase the game in person.

The crowd's spirits weren't dampened by the drizzly weather, however, and fans forgot any fatigue the second Nintendo opened the gates to the special launch event which included hands-on demos with the game, a Pokemon-themed photobooth, and special stage show contests like Pikachu Freeze Dancing.

Below are some of our favourite highlights of the evening. 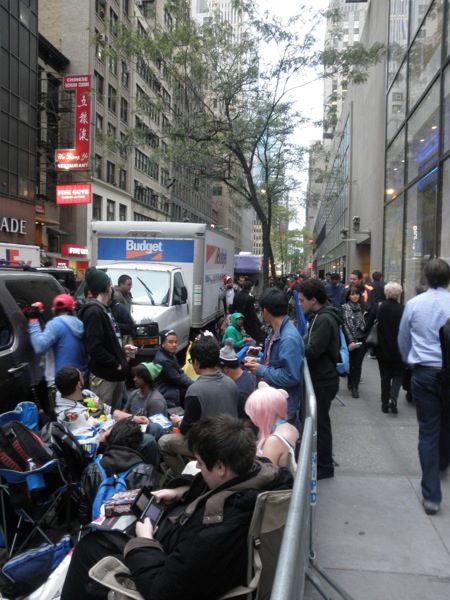 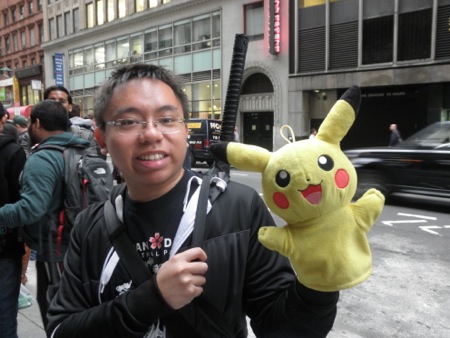 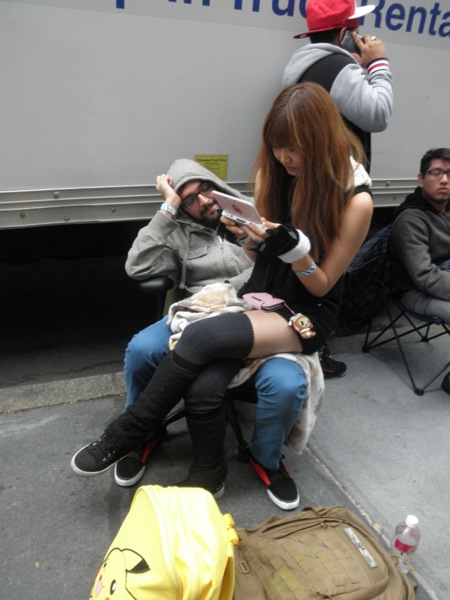 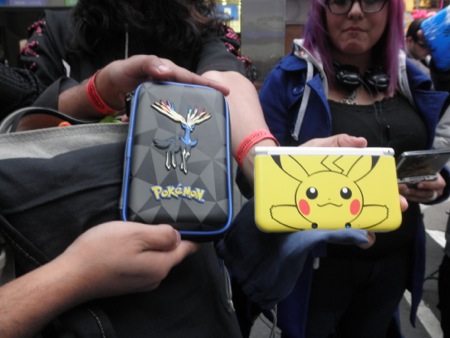 Fans were eager to show off their Pokemon handhelds of choice, and we even spied the odd SP and Gameboy Colours in the wild. 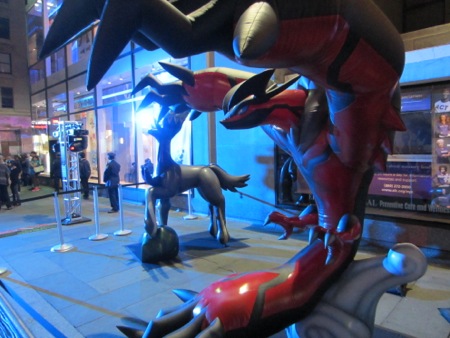 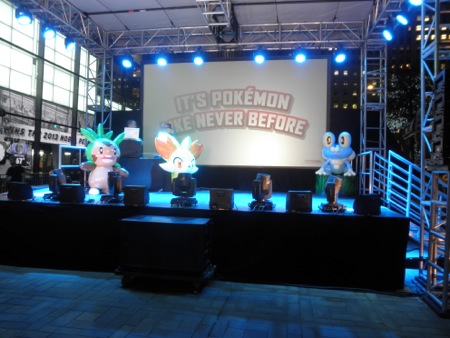 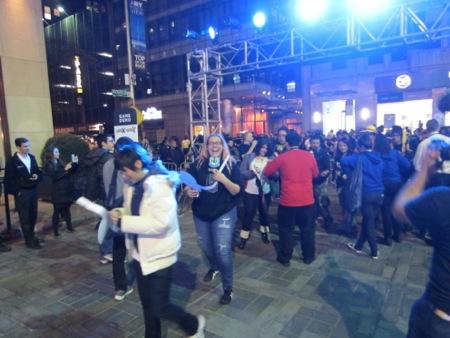 The gates opened, and happy fans began streaming in. 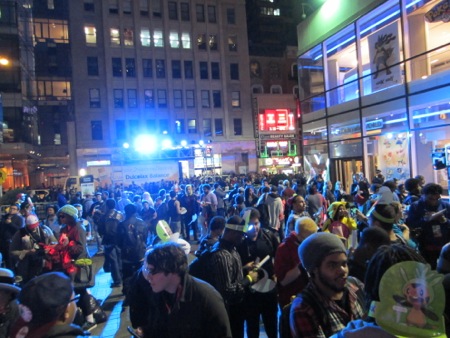 And the stream soon became a torrent. 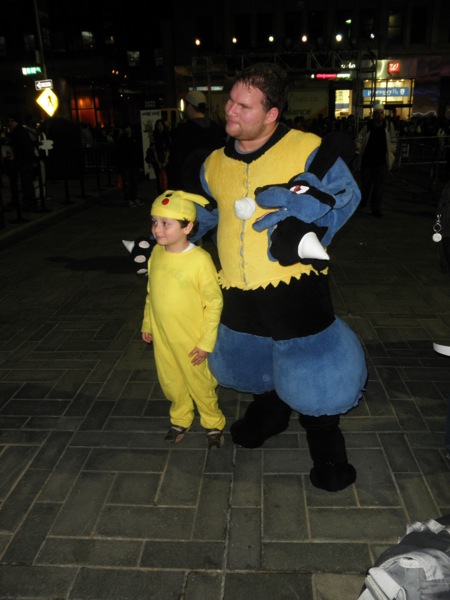 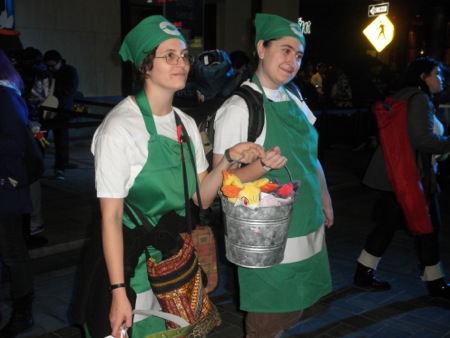 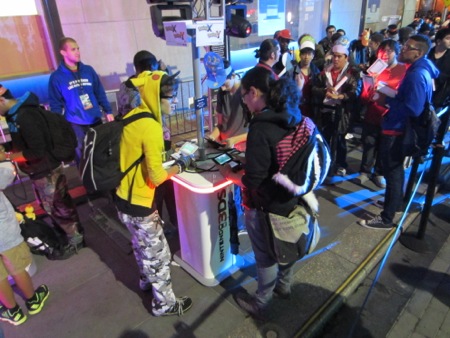 With the game release only a few hours away, some fans still couldn't resist the urge to log some hands-on time. 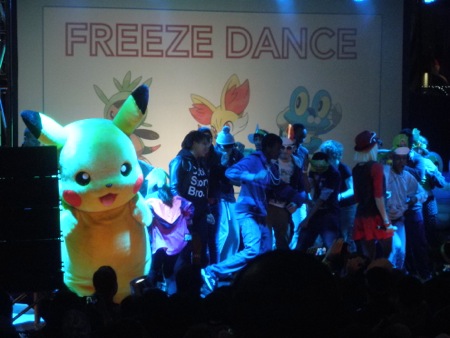 Others were eager to play freeze dance with Pikachu - can't say as we blame them. 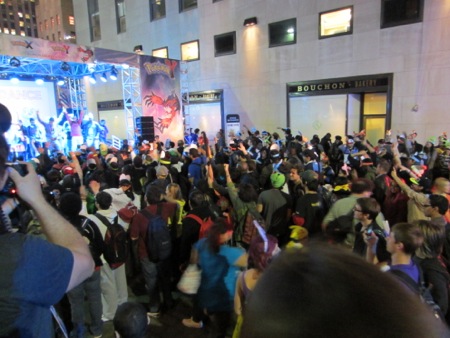 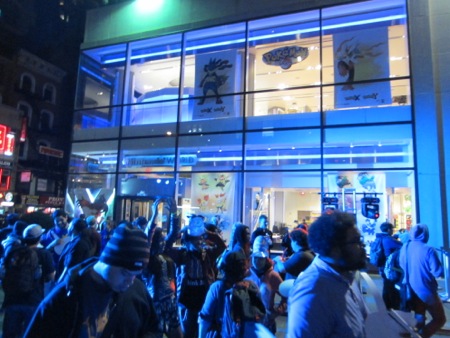 Fly, fall, and roll in a ball through the magical 3D animated world of Rollabear

PocketGamer.biz Week That Was: King's job app, Nintendo clones flood the Windows Store, and the psychology of free-to-play