Game Freak's Junichi Masuda on free-to-play Pokemon: 'not as long as I'm director'

We can all Snorlax

Pokemon X and Y director Junichi Masuda has told Pocket Gamer that he would never turn the monster-battling RPG into a free-to-play experience while he's overseeing the franchise.

"One thing I always say about the Pokemon games is that you want to make it something you can give to a kid - of course adults also play it too - and they have a complete experience," he said.

"Personally, I could easily put the game into a 2DS when it comes out and give it to a kid and leave them to play. I wouldn't want to give a kid my iPhone and do the same."

This statement echoes comments made by Nintendo boss Satoru Iwata, who said: "We are not planning to offer, for example, Mario or Pokemon games in a free-to-play format."

"With games like Mario and Pokemon, we already have a sufficient degree of trust with our consumers who are willing to pay a certain sum of money to purchase our products as packaged software." 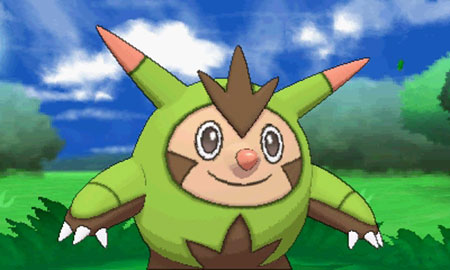 Nintendo does have plans to launch a free-to-play version of Steel Diver, and recently announced a Wii U sports game with a daily fee.

Pokemon X and Y, which will be available around the world on October 12th, will have some premium content. If you want to use Pokemon Bank, which enables you to stockpile thousands of critters in the cloud, you'll need to play an annual subscription fee.

You will be able to read our full interview with Masuda later today, during which he talks about taking the Pokemon series to 3DS, adding new battle systems, and the importance of chance.

Flip the world upside down