Opinion: Home or away? Or why location drastically affects every game you play

A little while ago, I headed up to Dundee for a games festival. You can read all about the cool stuff I saw at Dare ProtoPlay here.

For the purposes of this article, though, I'd like to focus on what happened before the wheels of my plane left the runway of Bristol Airport.

You see, I still get a childlike sense of wonder when I fly. I simply adore travelling from country to country seeing new games and talking with the people that make them.

Yet what I'm not a massive fan of is the wait at the airport before boarding. 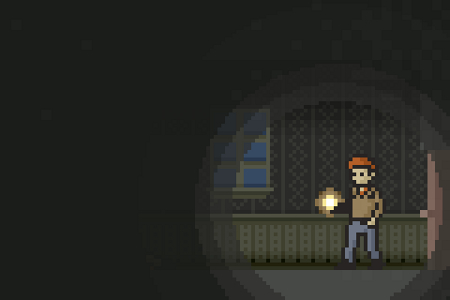 Though I'm a true-blue pocket gamer, I must confess that I came up short when it came to passing the time with video games while sat in the airport.

I'd forgotten my Vita and 3DS, you see. And I didn't have my Android tablet on me. So, the only mobile device I could play games on was my iPhone 4S.

This would usually be fine, of course. Apple's App Store isn't isn't exactly short of incredible games. The issue was that I'd run out of mobile data and I had just two titles on my phone that didn't require an internet connection to play. These games were Tiny Thief and Home - a Unique Horror Adventure.

I busted out my mobile to plough through the remaining uncompleted levels of Tiny Thief. Fairly quickly, though, I was sat watching the credits of that brilliant bit of work from 5 Ants.

So, now all I had was Home.

Which is no bad thing, at all. I downloaded Home - a Unique Horror Adventure after our own Chris Schilling gave this glowing review. Oh, and after notorious scallywag Keith Andrew enthused about it so profusely on the PG Podcast. It's a great game - that's undeniable.

There's a much bigger question I want to raise, however: how does our location affect the experiences we have in and with the games we play? 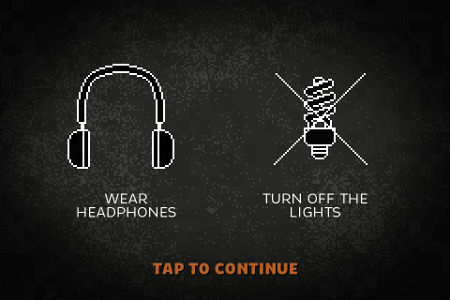 If you're unaware of what Benjamin Rivers's Home is, all you really need to know is that it's a horror game. Like many scary games on mobile devices, it's suggested that you play it in a dark room with headphones on. Rivers even goes so far as to suggest that you should complete the game in one single hour-long playthrough.

A bustling and noisy airport waiting area, however, with the glare of fluorescent lighting bouncing off my iPhone's screen was not the ideal place in which to play this game.

What happens to the gaming experience, then, in that sort of situation?

Well, it's incredibly difficult to get caught up in the intense psychological exploration of a man who is suffering from memory loss when the child next to you has decided to crank the speakers of his father's iPad up to play Dude Shooter 5: Awakening.

It's tough to decide which way the subtle narrative will weave next when some oik opposite the cold hard bench upon which you're perched is gabbing loudly down the phone to her mate about the "mental" night out she's just had, all the while making more distracting and violent hand gestures than a member of Tony Soprano's crew playing charades.

When played in a less than optimal environment, then, a lot of the tension, most of the atmosphere, and much of the mystery of Home is lost. This is crucial. Why? Well, because without this, it's a very straightforward and slightly dull traipse through some drab environments. It's a Choose Your Own Adventure book through the prism of a simple point-and-click adventure. 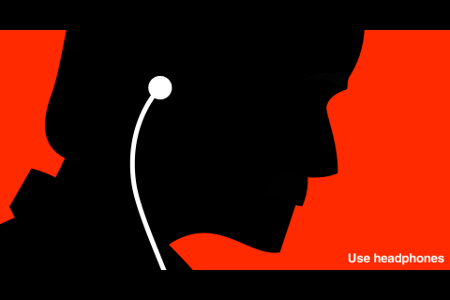 You might think that location only affects a small number of games. In my experience, however, this simply isn't true. It's not just the games that rely on atmosphere - like the superb The Silent Age, with its powerfully minimal sound design - that suffer in the 'wrong' surroundings.

Where you play drastically alters the experience you have with MOST of the games you own. I'll explain using a few examples.

Warhammer Quest is a deep game with a lot of tactical complexity. Small decisions you make have major ramifications on your likelihood of victory in each of its dungeons.

It's a perfect game if you have time to spare and you are sitting comfortably at home. If you're standing in a supermarket queue, however, and you've got a thousand other things running through your mind more pressing than the name of the goblin you need to attack next, then you could be forgiven for crying.

You can enjoy online multiplayer games or games that require a permanent connection to the internet (such as Ultima Forever: Quest for the Avatar) at home, without hassle, on your wi-fi. Around town, though, you're at the whim and mercy of (potentially limited) mobile data and the 3G networks. On a train, meanwhile, you might go through a tunnel and lose your connection at that point.

Even in the home, not every room necessarily makes for a perfect gaming environment.

Markers for its augmented reality wizardry are needed, for example, in Open Me! on the Vita. These require decent lighting and a flat surface. Even if you fulfil these requirements, you need to be able to physically move 360 degrees around the AR card you use. So, no, not every flat surface in your home will suffice here.

No gaming genre can 'escape' this issue wholesale, either.

Take racing games, for example. You're best off playing hardcore racing sims at home so that your perfect line around Laguna Seca in Real Racing 3 isn't spoilt by a wayward elbow of a stranger. If you're on-the-go, though, something like DrawRace 2 is ideal. 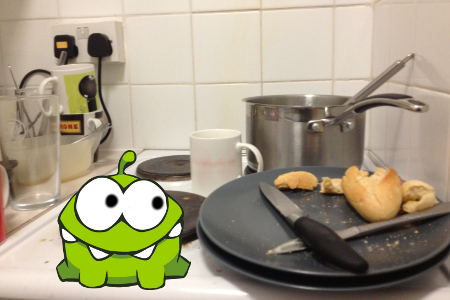 I'd love to hear whether there are any places in particular you like playing certain types of games. Drop a comment in the section below. Be nice.