How to drive forever in Beach Buggy Blitz - hints, tips, and tricks

Peel away from the pack

This freemium endless-runner / driving game hybrid from the Riptide GP team is a tricky little beast, though. You see, it's got a high starting difficulty level and one of those oh-so-frustrating timers.

So, I thought I'd put together a quick guide to help you get the most from your time spent in Beach Buggy Blitz.

In this article, I'll tell you the best way to upgrade your vehicle and give you some top tips for driving across the game's various environments. 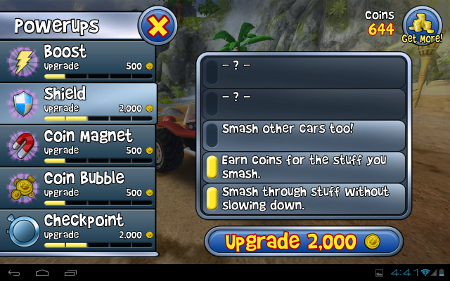 Like in all freemium games, you need to think carefully about the upgrade path you take in Beach Buggy Blitz.

If you're playing frugally, you shouldn't even think about buying new vehicles or splashing out on the cosmetic stuff until much later in your driving career.

Instead, you should be purchasing upgrades for your vehicle and a few of the power-ups on offer at the beginning.

Upgrades are straightforward enough: you pay for better performance. Your vehicle will - surprise, surprise - consequently be faster and more agile around corners.

Power-ups are slightly different. They're random when they appear, but they are ever so useful.

By just unlocking the Coin Bubble, for example, you ensure that a collectible worth 10 Coins can appear on the track. Upgrade it, and the number of Coins received goes up.

If you upgrade the Shield, however, you will not only avoid slowing down when knocking into objects, but you'll also earn earn Coins for causing chaos. Oh, and you'll even be able to smash other racers off the track.

The Checkpoint is perhaps the power-up you'll want to upgrade most, though, as it affords you more time on the clock. 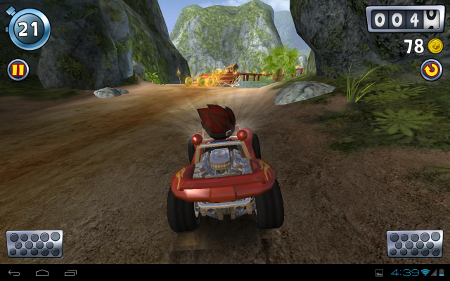 Obviously, you can't memorise a track layout given that the game is randomly generated. And given that there are loads of combinations of track available for each new race. But you can get to know the general feel of each environment, and the creatures that 'live' there.

When you're driving on the beach, for instance, you'll find that the crabs will always make a beeline for your current path. You should keep an eye out for these enemies, then, and avoid hitting them at all costs.

When you're in the swamp, though, you need to change tack completely. The pace is generally slower here, and the course is slightly bumpier. You'll need to use your brake occasionally to turn round corners perfectly.

In tunnels, don't panic about its claustrophobic interiors. They're actually very simple to navigate, aside from a couple of blind turns.

Be comfortable in the cockpit 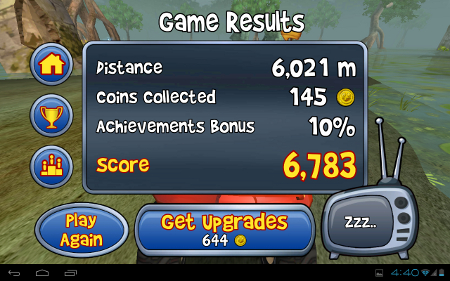 Avoid everything you can on the track while driving. You'll lose less speed altering your direction to avoid a mushroom on the side of the road than you will bashing into it. And time is of the essence here.

Keep an eye out for every little shortcut possible, such as cutting a corner sharper than you should. Most importantly, mind, watch out for dramatic changes in direction. Only in very rare instances will you need to corner hard. So, if you see one coming up, quickly check that you haven't missed a ramp somewhere along the way. If you have, hit the 'restart' button.

On the subject of ramps... it IS possible to turn in mid-air. You can't greatly alter your trajectory, but you can try to land in such a way that makes an upcoming turn that little bit easier.

Finally, if you aren't playing on a particularly powerful device, you should head into the options to turn down the resolution. The game may look less sharp, sure, but you need fluidity of vehicle movement much more than you need those graphical niceties.