How to kick maximum ass in Maximus - hints, tips, and tricks

Take it to the streets with our handy guide

The side scrolling brawler hasn't changed much over the years, and - as noted in our review - Maximus follows that standard formula pretty tightly.

We wanted to share some top tips as to how to approach the game and, by proxy, other action fighting games in the mould of Double Dragon, Streets of Rage II, and so on.

So look below for combat basics, the subtleties of specials, and some super secrets I picked up on along the way. 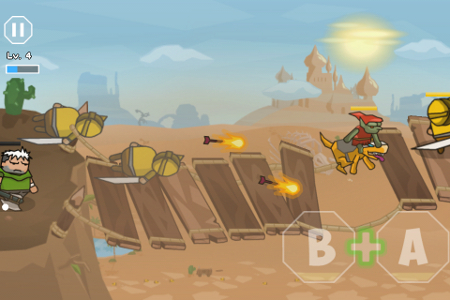 Though it's impossible to completely avoid doing so in later levels, due to the vast quantity of enemies thrown at you, you should try to always be facing your opponents. Turning your back reveals your weak spot, and if enemies can get a quick jab in from behind they'll break any combo you're building.

All of the characters in Maximus move so quickly they practically dance around the arenas, so make use of this and avoid precarious combat situations whenever you're surrounded.

You should also become very familiar with the reach of your hero's weapon. Your attacks don't leave you vulnerable for too long, but if you swipe at an opponent and miss, you do become open to retribution for a moment. Minimise the chances of this happening by never failing to connect a strike.

The best place to practice this is somewhere with very predictable opponents. The first level only features grunts and a boss with tells that can be seen from a mile away. Go there to figure out how close you need to be to make contact with your blade each and every time. 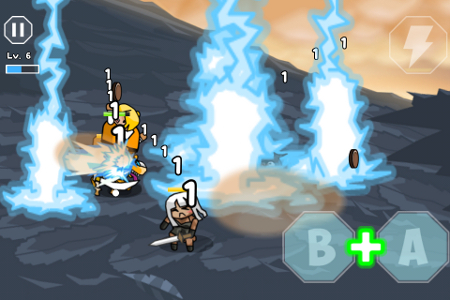 The rest of your arsenal should also be used intelligently. Combat in brawlers may look like dumb fun, but if you want to get through an area unscathed, you'll need to know when and how to use every attack at your disposal effectively.

Your standard light attack is your mainstay for the majority, though I personally didn't find too many uses for the heavy attack. Hold the button to continue striking, but let go when you need to move quickly. An example of this is when you know projectiles from a boss are about to pop into play - tap the attack button instead, so that you have time to react.

The special move, which is indicated by a cross symbol between the two standard attack buttons, augments your character's fighting repertoire. Each is unique and provides additional options for tackling the bad guys.

For example, Bishop will fire a flaming arrow that does massive damage, which I found was useful for when I didn't want to risk getting too close to an enemy. Julius meanwhile does a spinning aerial sword flourish, which is great for ending combos.

I found they generally worked best on bosses, but it does regenerate, so feel free to experiment. Your magical powers work along the same lines, but they're slower to regenerate. 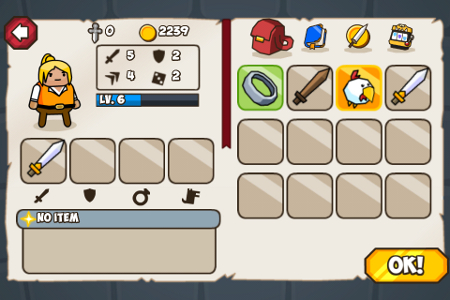 Every enemy will die when a boss is vanquished. Many of these titans will summon a veritable legion to protect themselves, but swatting the insignificant foes away only delays things. You should concentrate on the boss, only dealing with peons when it's absolutely necessary.

As with seemingly every other brawler in the history of the genre, bottomless pits are a double-edged sword.

You can be knocked down into them by even the weakest of enemies, but you can do the same thing to the strongest. The coins and gems that pop out of baddies also get flung back up to where you can reach them, so you won't miss out on currency for using this dirty tactic.

If you want to see as much of the game as possible, concentrate on upgrading one hero, rather than playing through as many as you can. All characters are available at level five, so don't upgrade one of the initial two until you've given everyone a play.

A last piece of advice: if you want to get through the entire title without spending money, you'll need to grind previous levels for experience and cash. Don't waste your money on the one-armed bandit, as you're practically throwing away cash, instead invest it in weapons and upgrades for a single character you're comfortable with.

Got any tips to share? Let us and the rest of the PG community know them by leaving them in a comment below.

PocketGamer.biz Week That Was: App Store turns 5, the news from Develop 2013, and did Unity turn down a $750 million deal?