Available on PSN in Europe and on iOS next week [Updated: available on Vita in August)

Updated on July 2nd at 14:19:
Telltale Games has confirmed that The Walking Dead: 400 Days was released today on PSN in North America for Sony's PlayStation 3.

It's this same PlayStation 3 version that will be released on PSN in Europe on July 10th.

If you live in North America, in fact, you'll be able to download it from Sony's PSN Store sometime today as part of a brand-new The Walking Dead: The Game bundle for Vita.

In this episode, you follow five completely new characters as they attempt to scavenge supplies, fight off zombies, and - ultimately - survive during the first 400 days of the worldwide outbreak.

Although each character has a unique storyline (that you can play in any order), an abandoned truck stop somewhere on the Georgia highway serves as the focal point for all. 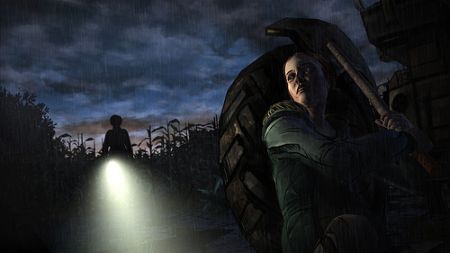 The Walking Dead: The Game nabbed a Silver Award at review. We said that its "convincing cast of characters and meaningful decision making lifts it above Telltale's previous efforts".

You will be able to grab it from PSN in Europe (as part of that aforementioned bundle) from July 10th, and for your iPhone and iPad from July 11th.