It's been well over a month since Angry Birds was last updated, so - with the help of Pocket Gamer's handy guide - you've probably already managed to nab three stars on every stage.

If so, you'll be extremely pleased to read that Finnish developer Rovio has just posted an image on Twitter which teases a brand-new level pack. The new content will be released "soon".

"This just in: Red Bird will have a special power soon. #BeakingNews #NewSquawkTimes #DailyQuail," the tweet that accompanies the photograph, reads. 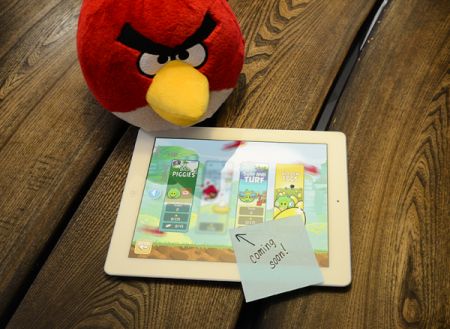 As you can see for yourself in the image above, those sneaky folks over at Rovio have applied a blur effect across the new episode, so we're not quite sure what it's called.

We don't know what the game's new stages will be themed after, either.

Still, we probably won't have to wait long to find out. The Finnish developer normally releases updates within a week or two of first teasing them.

How to build an empire from the ashes in Apoc Wars - hints, tips, and tricks