Pretty much says it all, right? 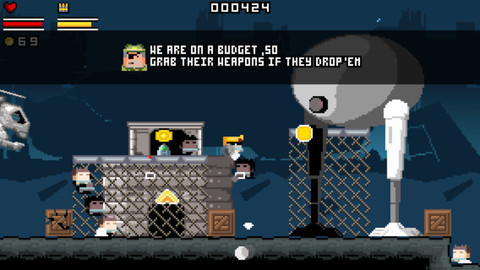 OrangePixel is renowned for making tough games, and Gunslugs is no different. In it, you are pitted against flame-throwing grunts, screen-high mechs, and - rather strangely - giant floating skulls.

At review, we called the iOS and Android version of Gunslugs "a fun, frenetic, and feature-packed tribute to the run-and-gun arcade shooters of yesteryear."

We'll let you know about a release date for the Vita version of Gunslugs as soon as we have more info to share with you.

Grab a shotgun: Silver Award-winning Gunslugs is out on Vita right now