Incoming! The most exciting iOS and Android games for March and beyond

The future is bright

There have been some excellent mobile titles released on the App Store and Google Play during the first two months of 2013.

Looking forward, though, there are plenty of top-notch iOS and Android games on the horizon. Yep, right a bit. Just there.

Here, then, are ten excellent-looking titles that we can't wait to get our grubby mitts on over the next few days, weeks, and months.

Star Command
By War Balloon Games - coming to iPhone, iPad, and Android whenever it's ready

Star Command was supposed to be released in a couple of Western territories in January. Developer War Balloon Games will now release its space exploration simulation worldwide whenever it's ruddy ready, mind.

You know the Star Command drill, by the way...

Create your very own starship captain; construct and customise a powerful USS Enterprise-style vessel; and set off on an adventure into the darkest reaches of outer space.

GW's Space Hulk is a Warhammer 40,000 spin-off in which you take control of a small platoon of badass Space Marine Terminators.

Your aim in this forthcoming title is to search abandoned space freighters and salvage any valuable artefacts or powerful pieces of technology that you unearth.

You must show alien baddies (known as Genestealers) who's boss, too.

Badland
By Frogmind - coming to iPhone and iPad in March

This physics-based side-scrolling platformer is the creation of ex-RedLynx duo Johannes Vuorinen and Juhana Myllys, who - as you may well know - both worked on the über-addictive Trials Evolution.

Check out that video just above. Aren't those Limbo-esque visuals absolutely stunning? We think so, and we can't wait to take this title for a spin.

Overkill 2
By Craneballs Studios - coming to iPhone, iPad, and Android in March

If you love guns and shooting things, there's a very good chance that you'll enjoy Overkill 2, which is an action-packed gallery shooter that's positively teeming with weapons.

In fact, this upcoming title will feature more than 30 pistols, assault rifles, and shotguns, which you'll be able to customise with scopes, stocks, magazines, lasers, and more.

The Other Brothers
By Tobgame - coming to iPhone, iPad, and Android in March

The App Store is jam-packed with quality platformers, such as League of Evil 2 and Infestor. The Other Brothers has the potential to better them all.

Why? Well, because none of its levels is linear. Each maze-like stage is actually made up of various levels that are accessible via ladders and shafts.

It's up to you which path you take. 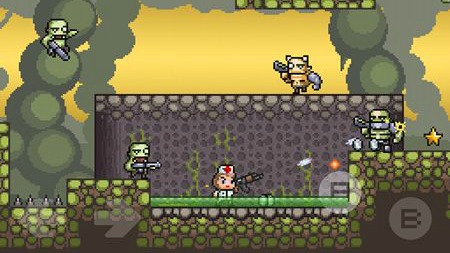 Another contender for the prestigious honour of 2013's Best Platformer. Its predecessor (which is - funnily enough - called Random Heroes) earned a Gold Award from our boy Harry.

This follow-up will contain 90-odd bite-sized levels. Each stage will house numerous collectible coins and a special crystal skull, which you can use in the character and weapon upgrade process.

Ridiculous Fishing
By Vlambeer - coming to iPhone and iPad in March

Ridiculous Fishing is, well, a fishing title. So, naturally, your aim is to reel in a boatload of differently shaped and differently sized fish.

Nothing out of the ordinary so far, then.

You do all that with automatic weapons and explosives rather than a fisherman's standard kit, though.

Yeah, pretty out of the ordinary. 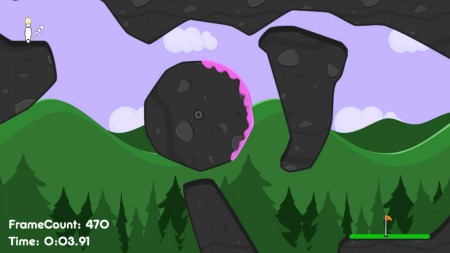 The original Super Stickman Golf is one of the toughest arcade-style sports titles we've ever played. It doesn't sound like this follow-up will be any easier, either.

Each of its obstacle-filled courses will contain - among other hazards - portals, gravity boosters, sticky walls, and moving objects.

You can compete against three players in online matches and a whopping seven players in local bouts, by the way.

The Drowning is a horror-infused FPS title (from ex-DICE dev Ben Cousins) that you can apparently play using just two fingers on a single hand.

Basically, tap somewhere on your device's screen, and you'll quickly move to that point. Tap with two fingers, and you'll unload a bullet straight between them.

Check these novel controls out for yourself in the video above. 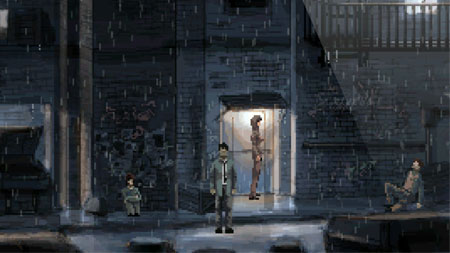 If you missed this one on PC back in 2011, Gemini Rue is a neo-noir point-and-click adventure, with a gripping sci-fi story and a delicious dystopian bent.

It's got clever ideas (the constant scene-setting downpour is blamed on the unstable atmosphere of the planet Barracus) and practical solutions to its puzzles.

Don't let this one slip by you again, you hear?