Hot Sauce Interactive is a London-based indie games and apps developer. Nothing particularly unusual there.

If I was to say that Hot Sauce Interactive is closely aligned with controversial radio presenter, TV chat show host, and hardened Nintendo fan Jonathan Ross, though, that might pique your interest.

In this colourful 69p / 99c title, you blast off into the farthest reaches of outer space and visit faraway planets that are infested with nasty alien invaders.

Your aim as an interplanetary "Catcha", then, is to grab the little buggers and send them packing before they cause too much trouble. 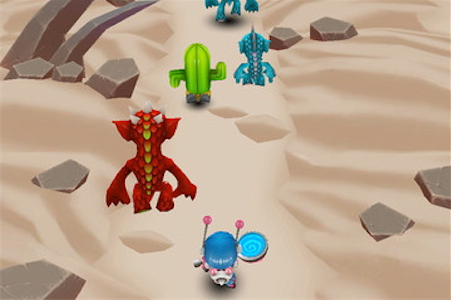 Hot Sauce has promised to introduce additional planets, levels, and characters into the game in future updates.

Final Fantasy Crystal Chronicles: Remastered will be free-to-try when it launches for iOS and Android