App of the dead

Everyone has a different theory for how he / she would survive the inevitable zombie apocalypse.

Some would stockpile guns and finish off every last flesh-eater. Others might hide away in an impenetrable fortress.

Some people would want to band together with other survivors. Some might fancy themselves a lone wolf, and would rather take on the horde alone.

Whatever your survival preference, we've found five different zombie games that should suit your approach. Games about being tactical and strategic, games about firepower, games about putting up your defences, and games about making tricky decisions.

Brainsss
By Lonely Few - buy on iPhone and iPad 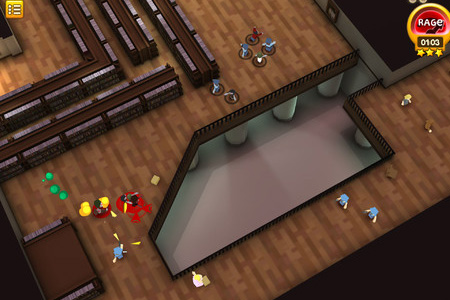 Brainsss is the zombie game for the armchair general. You command a small army of the undead, and you've got to move your shuffling brain-chompers about the battlefield (or, more likely, shopping mall) to hunt down and infect the human survivors.

It's all about cutting off the humans' escape route or getting them trapped in a narrow corridor. Some gun-toting survivors will fight back, but, hey, so will you. A band of hero zombies powers up your undead swarm with special abilities.

Organ Trail: Director's Cut
By The Men Who Wear Many Hats - buy on iPhone and iPad 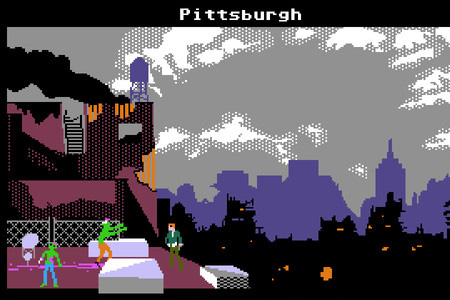 It's the zombie game for the thinking person. As you make your hellish trek across a post-apocalyptic America in this jet-black Oregon Trail parody, you'll probably be more worried about running out of fuel than getting eaten by monsters.

Every time you come across a new city or settlement, you've got to make some tough decisions about how to spend your time and money. Will you buy a health kit to heal up your wounded survivor? Or will you shell out for some ammo to help protect the town from the undead? 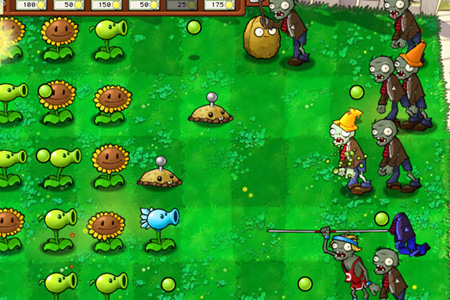 Plants vs Zombies is the zombie game for the strategist. The person who would survive the night of the living dead through wits and cunning, rather than brute force. You command a defensive army of plants, which attack incoming waves of zombies.

So, pea plants shoot peas, corn plants launch explosive cobs, and walnuts make handy walls. But, as your defences improve, new zombie types emerge. Pole-vaulting ex-Olympians can leap over your walnuts, and a zombie on a Zamboni can just drive all over your plants. 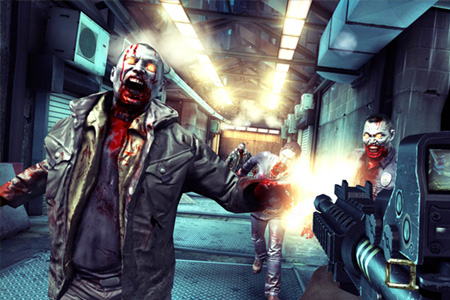 The zombie game for the rich guy. No doubt about it: freemium blaster Dead Trigger is drop-dead gorgeous. Oh, and gunning down the undead can be extremely satisfying.

You'll probably want to drop some coin, though, if you want to wield the best weapons. It will take a lot of grinding to obtain the coolest rifles, and some of the very best guns (like the mulch-making minigun) require in-app purchases.

Call of Duty: Black Ops Zombies
By Activision - buy on iPhone and iPad 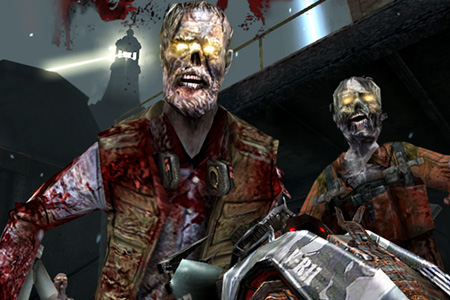 The zombie game for the shut-in. Call of Duty: Black Ops Zombies will definitely see you gunning down animated (in both senses) corpses and blasting away at the undead with shotguns, but as you (and a few buddies) hunker down in an abandoned building, your best strategy is to defend.

Wiring up a trap or boarding up a window will prove just as effective as unloading a clip into a zombie's chops. Teamwork is essential, too, so good job the game has voice chat support. If it all gets too tense, use the Dead Ops Arcade mode to let off some steam.