Video games and the Olympics are perfect partners. Every four years, this melodramatic 16-day sportsfest births some pitiful official games for the world to waste its money on.

They're basically a bunch of slapdash sports mini-games that either involve hideously complicated button combos or painfully dull button mashing.

So, to 'celebrate' this lineage of tie-in games, we played all the official Olympic video games that came to handheld. And then we got a bit stuck, because there were only three. So, we've thrown in a couple of Winter Olympics games, too.

P.S. The PG Applympics 2012 - our version of that sporting jamboree taking place in the UK at the mo - began in earnest last Monday. In it, you can you vote for your favourite video game competitor across a range of disciplines. Do it. Now. 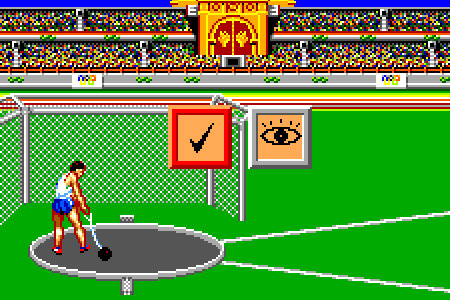 First up, the Game Gear played tribute to the 1992 Barcelona Olympics with this collection of colourful mini-games. This game came before the era of in-game tutorials, so if you lost the manual, good luck learning how to dive.

The worst event is definitely swimming. Athletic video games and frantic button mashing seem to go hand-in-hand. That's fine for a quick 100m dash, but by the time you're on your fourth lap of an Olympic-length swimming pool, your arms are seriously starting to fall off. Ow. 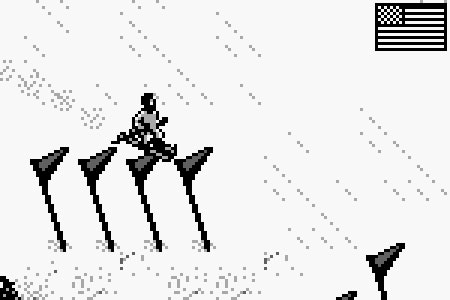 Winter Olympics now. In 1994, the Game Boy played host to this Lillehammer Games spin-off with this collection of chilly events. Skiing is given top billing, as five of the seven events involve strapping two planks to your feet.

The worst is definitely the biathalon. Here, you work your fingers to the bone - repeatedly tapping the left and right directions - to make your cross-country skier move through the snow... at a truly glacial pace. Your reward for slogging through this boredom? A rubbish shooting section. And then more skiing. 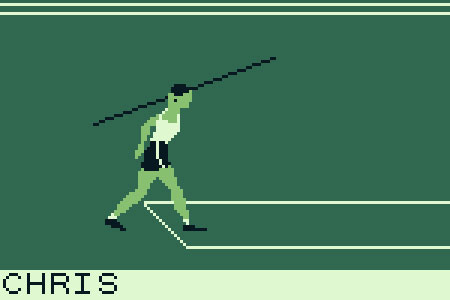 Back to the summer, and this time we're in Atlanta. This game has incredibly impressive animations. Well, for the Game Boy, at least. From pole vaulting to long jump to hurdles, your little athlete moves with surprising grace and fluidity.

Sadly, the world's most derided and ridiculed Olympic mascot of all time, Izzy the blob, was not included in the game. Luckily for us, then, that the pathetic blue shape got its own game in the shape of SNES platformer Izzy's Quest for the Olympic Rings.

The best event? Archery. The game has an over-the-shoulder view, and lets you decide on power, aim, and even the wind before you take a shot.

Ah, Salt Lake City. The place where city officials had to bribe several members of the Olympic Committee to get the 2002 Winter Olympics Games. The place David Cameron said it would be easy to hold the event on account of it being in the "middle of nowhere".

This crappy collection of mini-games is no less farcical. The worst event is the curling - that one where two blokes / ladies with brooms sweep a puck onto the target. It's a rather boring sport in real life, but this mind-numbing digital representation just goes on and on and on, for about seven million rounds. Yawn! 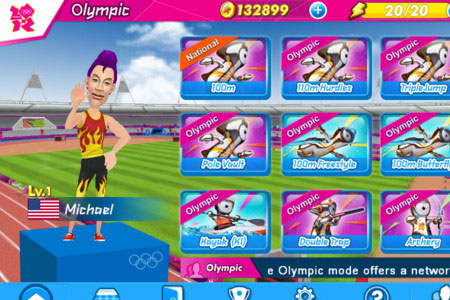 Yikes: if you thought the corporate backbone of this year's Games couldn't get any more shameless, you haven't seen anything yet. This shoddy app is far from fun, and is one seriously bad-looking game.

It has some of the ugliest, most horrifying avatars this side of Xbox Live. Plus, it's packed to the gills with freemium nonsense - if you run out of energy, you've either got to pay up or wait for your stamina to return.

The worst event? Double trap. According to the fictional physics of this tie-in app, moving a shotgun is like dragging an oar through a lake of honey. The tilt controls are so sluggish and imprecise that you'd score more hits if you were playing Duck Hunt with your eyes closed.

Telltale Games: 'The idea of a 99c gamer on iOS is more myth than fact'