Is ‘Tiny Wings’ for Android the most blatant case of copyright infringement so far?

Tiny Wings [pictured] isn’t out on Android, but yet you can download it right now from the Android Market.

It seems that developer Androfications - not content with merely using the top-selling iOS title Tiny Wings as inspiration, as with earlier Tiny Wings-alike Dillo Hills - has decided to rip the game off wholesale.

It's copied not just the art assets like the little bird itself, but also the general look of the levels, the gameplay, the title screen, icon, and - absurdly - even the name.

So if you search for ‘Tiny Wings’ on the Market, you’ll be affronted with what looks like a proper port of the real deal. 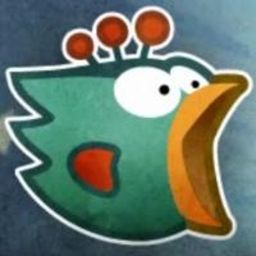 Only this ‘port’ runs poorly, lacks even half the polish of the real thing, isn’t associated with the creator of the original iOS release in any way, and - rather crucially - uses the iPhone screenshots when the game itself looks like it’s been stitched together by someone who’s never played or seen the original before.

It’s rare we get such a blatant case of copyright infringement as this, and while it's tempting to pop down the couple of dollars the developer is currently asking just purely out of curiosity, our advice is to stay well away from this one.

[Important Note: Our Android phones weren't able to properly capture a screenshot from the clone, so don't be fooled into thinking it looks anywhere near as good as that screenshot of the iOS title up there suggests.]
SEE COMMENTS

Siege Hero for iPhone and iPad gets a battlement-busting update, still 40 per cent off

Tiny Wings clone due to land on Android Market soon