As 2010 wheezes into its last month, even the sun seems to have given up on this complete downer of a year.

Cheer up! Here’s another bunch of free iPhone games to lighten the mood and warm your heart.

Your frost-bitten toes are another matter entirely, but there’s not much we can do about that. I don’t know - jump around, or something.

This week we have poo, thievery, grinding gears, and a creepy dancing Santa. What more could you wish for? 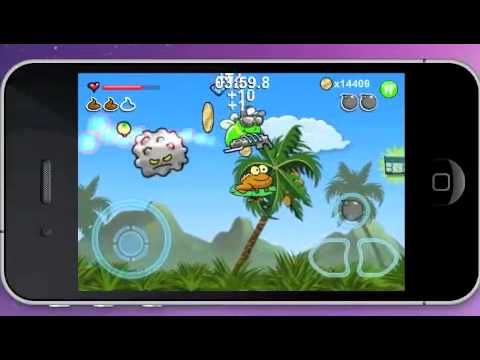 Subscribe to Pocket Gamer on
This delightfully silly game sees you buzzing around the screen as a fly, batting enemies out of the way with a plank of wood. Wait – it gets sillier. Besides collecting coins to spend at the Fly Mart (where you can purchase better weapons or defensive items), you can collect poo. Obtain three turds and you’ll turn into a muscle-bound fly, capable of punching your enemies into the middle of next week. It’s not the most sophisticated game you’ll ever play (as you might have gathered), but Super Fly is a polished and playable casual treat. Get Super Fly here 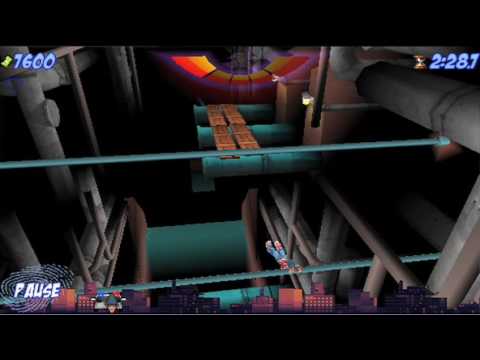 Subscribe to Pocket Gamer on
It’s been superceded in the parkour platformer stakes over the past 18 months, but Cops & Robbers is still an enjoyable game.

You play the part of a sticky fingered robber who must evade the law whilst hovering up all of the cash that’s been left carelessly lying about the place. Well-calibrated accelerometer controls make the ducking and diving gameplay a breezy delight.

It proved fairly divisive at the time of its release, but hindsight confirms Cops & Robbers to be a polished and stylish platformer that still stands up today. 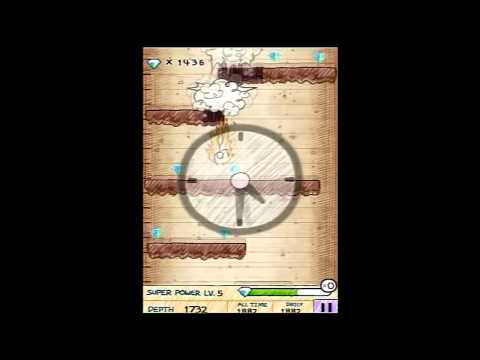 Subscribe to Pocket Gamer on
UltraDeep should by all rights be a pretty forgettable game. After all, it’s yet another endless “get as far as you can” game, and it’s done in – get this – the Doodle style. That’s SO 2009.

In spite of these rather clichéd stylistic elements, though, UltraDeep’s tight gameplay shines through.

Running down the screen collecting diamonds is fluid fun, and activating your power-up – which allows you to smash through platforms in a fiery ball – is extremely satisfying. UltraDeep isn’t exactly a late contender for game of the year, but it is surprisingly good fun.

Get UltraDeep here Pick of the week

Subscribe to Pocket Gamer on
Geared is one of those satisfying construction games that makes you feel like you’re seven and playing with your Lego again.

The idea is simple - connect a number of pre-laid cogs by slotting in even more cogs of varying sizes. Getting them all to interconnect in the space allowed gets progressively trickier, and is extremely moreish.

It has to be said that the controls are occasionally a little sticky, particularly when it comes to swapping the active cog. Nevertheless, Geared is a very enjoyable physics puzzler with plenty of levels to get through. 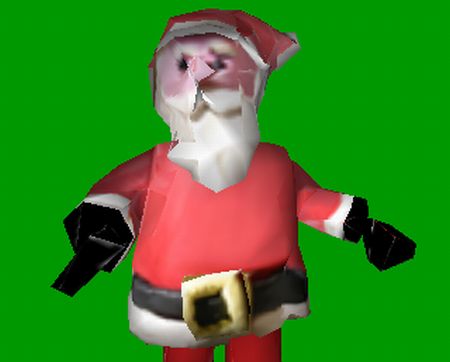 And so the deluge of turgid Christmas novelty apps begins. Like a cheap cracker toy, Jingle Boogie is insultingly tacky and completely lacking in both charm and function.

A badly rendered 3D Santa dances badly to the music he hears through your microphone. Don’t have a microphone on your iPhone touch? It doesn’t matter – he seems to dance badly regardless.

The lack of effort that's gone into this is exemplified by a blank green-screen background, like Mr Claus is acting out a big CGI comedy dance number. Except that sounds quite funny, and this patently isn’t.

Hands on with StarFront: Collision for iPhone