Fingers too cold for your iPhone? Let your sausage have a go

A couple of weeks ago I met a man from Finland who told me he preferred resistive to capacitive touchscreen phones because capacitive screens - which rely on the electrical charge in your finger - don't work if you're wearing gloves, which is a necessity during the vicious Finnish winters.

At the time I just nodded sympathetically, but I wish now I'd thought to say, “Why not use a sausage?”

This simple but elegant solution was hit upon by Korean commuters, whose collective discovery of the electrostatic properties of meat products has seen sales of CJ Corporation's snack sausages soar in recent months.

It's not clear at this stage whether vegetarian equivalents are as effective. 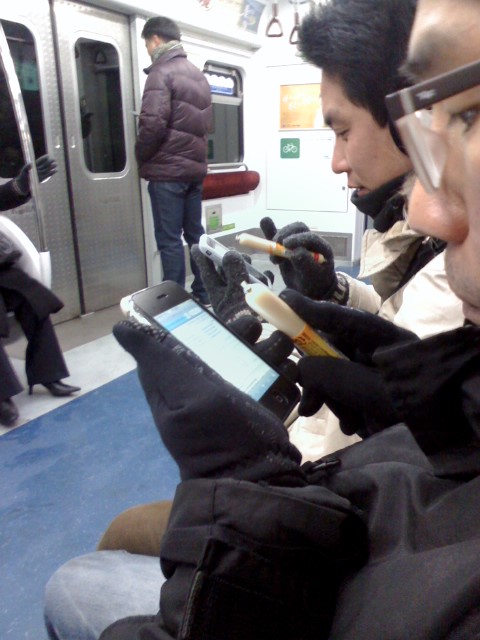 iPhone 3GS versus Nexus One: The future of mobile gaming

8GB iPhone 3GS on the cards?