The free iPhone game Trawler Report: brought to you by the letter M, with Meteor Blitz, Myst, Modern Combat and Mystery Mania

Everyone remembers Sesame Street from when they were a kid, right? It’s been going on for so long - almost 40 years in fact - that the memories of watching it span over several generations, pretty much for as long as video gaming has existed, really.

We noticed a curious Sesame Street trend in this week’s picks. For some reason, just about all of them start with the letter ‘m’. ngmoco had to go and spoil it all by sending us another full freebie, but then we’re not going to go and start bad-mouthing one of the App Store’s most prolific full freebie givers.

So, while you’re blasting away on Meteor Blitz, have a quick think for Big Bird, who’s forty years old next month. Mid-life crisis looms. 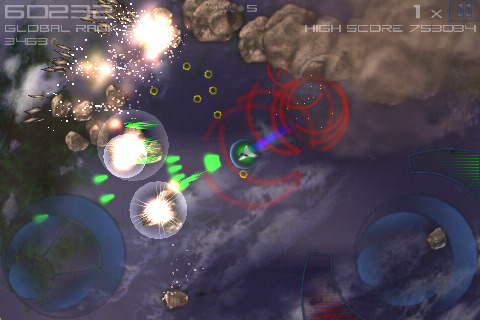 Twin stick shooters are commonplace these days on the App Store, but Meteor Blitz deserves a joyfully juvenile ‘cool!’ descriptor. For starters, it uses parallax scrolling, so when you’re flying above the clouds of a planet, you really feel the depth of the scene.

Then there’s the way that Meteor Blitz pauses as soon as you take your fingers off the screen - a tiny little nugget of genius.

This version lets you play through three stages above an Earth-like planet plus a tutorial that shows you what’s what. Our box of favourite twin stick shooters is getting pretty full now, with recent additions like Alive 4-ever, but Meteor Blitz’s another sure inductee.

Modern Combat: Sandstorm
By Gameloft
What is it? It’s not Call of Duty, but it’s not far off
Type Demo 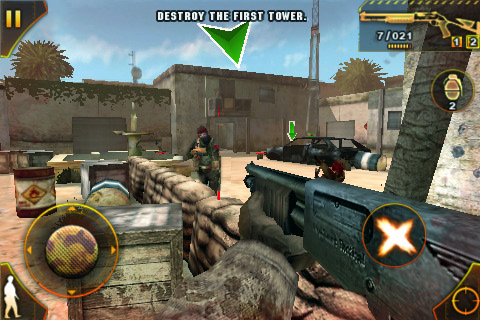 We’ve still got issues with the idea of a first-person shooter on the iPhone - it’s those old control problems again - but Modern Combat is up there with the best available.

Think Call of Duty and you’re most of the way there. You slink around middle-eastern environments, gun in hand, ready to shoot away at anyone that looks a bit like a terrorist. Yes, it may not be anything new, but Modern Combat sure is flashy.

The free version lets you try out one of the ten missions from the full paid version - a good job since the paid version is far from a 59p cheapie. 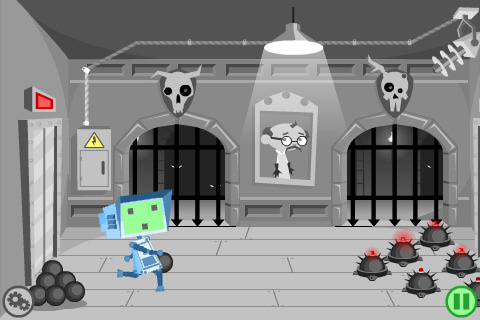 While it’s no surprise that mobile veterans like EA Mobile, Gameloft and Digital Chocolate are bringing most of their mobile back catalogue games to the iPhone, there are some titles we didn’t hold that much hope for. Mystery Mania is one of those titles.

We loved the original mobile version, but it’s a bit of an oddball proposition. You’re a lonely robot left roaming around a mansion, looking for the secrets of your past.

Mystery Mania is a puzzle adventure that demands you use a bit of brainpower to find your way from one room to the next. A curious and charming adventure, Mystery Mania is well worth a look.

Myst Free
By Cyan Worlds
What is it? It’s a taste of the classic adventure
Type Demo 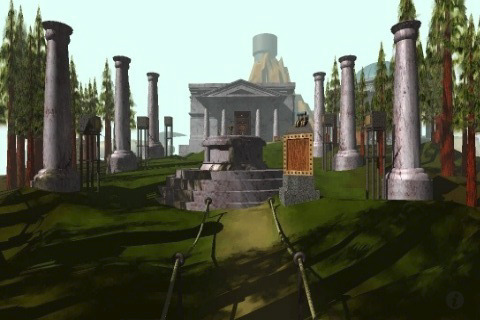 Myst is an elder statesman of the adventure genre. Originally released back in 1993, it was one of the games that made CDs seem like a step forward for gaming in general. Oh, how we gawped at those graphics.

Sure, they’re looking a bit creaky these days but if you remember the game from back in the day your nostalgia fires are very likely going to get a vehement stoking.

The free version lets you explore the first island, which includes some of the game’s most iconic scenes. Even though it’s just a taster, it’s a 100+ megabyte download, so don your patient hat.

Dr Awesome Plus+
By ngmoco
What is it? It’s retro arcade meets surgery
Type Full 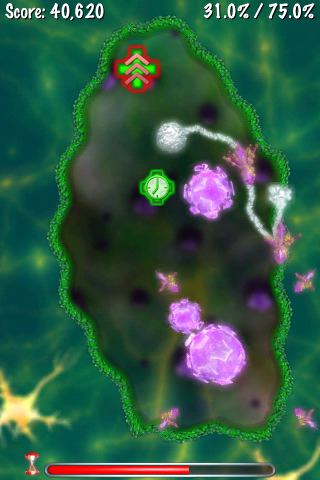 Once again, ngmoco has made one of its games a freebie, after last week’s Topple 2. Although Dr Awesome may seem like a surgery game, it’s really more of a retro arcade game revamp. You have to section-off areas of the screen, as in golden oldies like Qix and Volfied.

You have to avoid the virus enemies while doing so, because if they bump into your incision before you manage to fully section-off an area, it’s bad news.

Dr Awesome has been made a freebie in honour of the Plus+ network. Of course, we didn’t need any prodding in order to like it, but freebies make the already-free deal even sweeter.

Santa Countdown
By The Guys in the Booth
What is it? It’s a Christmas countdown
Type Full 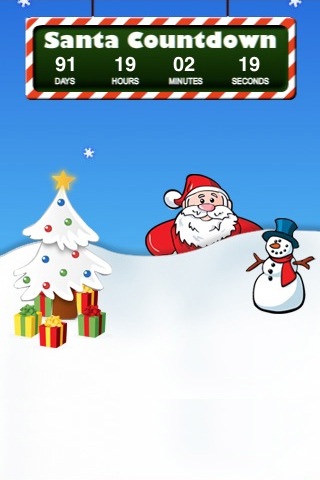 Yep, it’s October so the Christmas decorations are already going up. Our bank accounts are looking worried and the bitter chill has already infected the air. But it’s not Christmas. Not yet.

Christmas is a time for slightly depressing over-eating, mid-afternoon lethargy and the realisation that you don’t really know your extended family that well - and for good reason.

We’re going to be avoiding Christmas for a good while yet, so the last thing we need is a Santa Countdown.

Sure, we’ll be up for those dead cert advent calendar apps we’ll see in December, but it’s October ‘fer chrissakes.