No news is still good news

Dot Matrix Interactive Design dropped us a line to say pretty much nothing about its forthcoming unnamed iPhone game, but we decided to play along nonetheless since the two images currently on offer are undeniably enticing.

All we know is what we've read on the pictures, which suggest this is to be some kind of futuristic fighting game. I'd hazard a guess at it being a shooter of some sort, probably an FPS.

It could just be a reference to the big gun in the picture, but the images are called Kilaton, so that could turn out to be the game's name, for what it's worth.

We'll keep in touch with the developer and bring you any actual news as we get it. In the meantime, here are the pictures I've just struggled to write anything about. 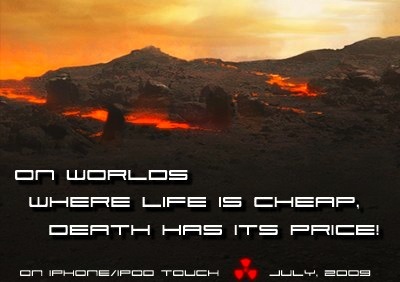 KIL.A.TON bomb drops on the iPhone

Dungeon of the Endless: Apogee’s mobile version unlocks secret hero from the beginning