The free iPhone game Trawler Report: California Gold Rush, My Brute and Castle of Magic supply us with a spot of Lite entertainment

Over the past few weeks, we've been trying to include as many full free games as possible in the Trawler Report. After all, freebies are even better when they used to cost money.

Unfortunately, since we only use the freshest cuts released on the App Store in the week, we can only give you what the App Store supplies.

So, we've slumped back into the old ways with a Lite version frenzy. That doesn't mean they're not worth a download though.

Sometimes, Lite versions offer more fun than even decent full freebies. It's just a case seeing what's substantial enough to get caught in the Trawler's nets.

California Gold Rush Free
By Digital Chocolate
What is it? It's a golddigga's paradise
Type Demo 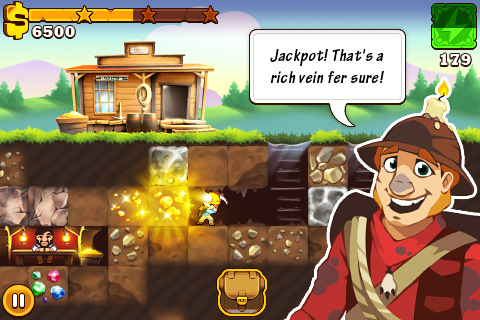 It's not often that a game that starts off on mobile is so good that we wish it would be ported elsewhere - not that sort of half-hearted wishing either. California Gold Rush is good enough to induce daydreams of hacking away at hunks of rock, looking for gold.

You play an intrepid young gold digger, armed with dynamite and a pickaxe with which to find your fortune. You have to dig underground in search of gold seams and troves of gems among the rock. This free version includes two levels from the full game.

Perhaps the next iPhone firmware shoud let you check out how long you've spent on each game so you can compare your stats with those of your friends. Actually, maybe that's not quite such a good idea, considering my profile would be forever tainted by the stain of Toilet Cat, this week's Box of Shame inductee.

Fast & Furious Test Drive Edition
By I-play
What is it? It's 2 Fast 2 Miss
Type Demo 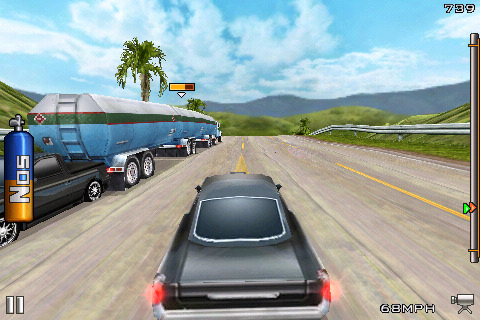 Just because Real Racing stole our hearts recently, it doesn't mean it's the only racer that's worth a download. I-play's Fast & Furious Test Drive Edition gives you a taste of a more arcadey racing offering. It's based on the movie starring renowned method actors Vin Diesel and Paul Walker.

Featuring the first level from the paid-for version, it lets you get take part in a race to the finish against two other drivers. It's accelerometer controls only, so prepare to get your tilt groove on.

Jungle Bloxx Free
By Digital Chocolate
What is it? A game about stacking blocks. In a jungle
Type Demo 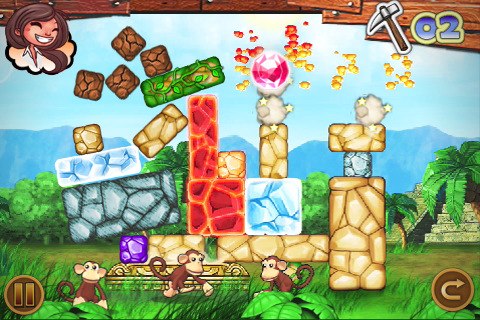 Jungle Bloxx is the third in Digital Chocolate's Bloxx series. First there was the classic Tower Bloxx, then came the Egyptian-infused Pyramid Bloxx. In this third blocky puzzler, you have to carefully plan the destruction of various structures to make sure that a gem resting atop one of the blocks makes it onto a particular platform below.

The link to the jungle is a bit tenuous, granted, but it allows for lots of monkeys running about the place, so it's alright with us. Featuring great physics and some proper melon-twisting gameplay, Jungle Bloxx is a must for puzzle fans.

My Brute Lite
By Bulkypix
What is it? It's a superior online game
Type Demo 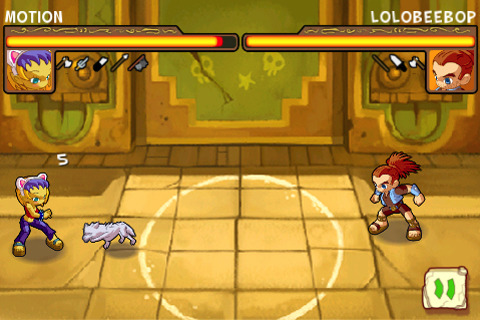 We don't cover many of online games here on the Trawler Report because, well, most of them are pretty much the same. iVampire this, iGangster that - but underneath the surface theme, it's just another one of those stat-based online games that demands you spend ages waiting for your online empire to expand.

My Brute's a bit different, though, playing out like a huge online Pokemon tournament. The Lite version lets you take part in three fights a day instead of the normal five, and limits the number of weapons you can unlock. Spanner liked it enough to give the full version a Silver Award, making My Brute one of our online iPhone favourites.

Castle of Magic Free
By Gameloft
What is it? It's a great iPhone plaformer, finally
Type Demo 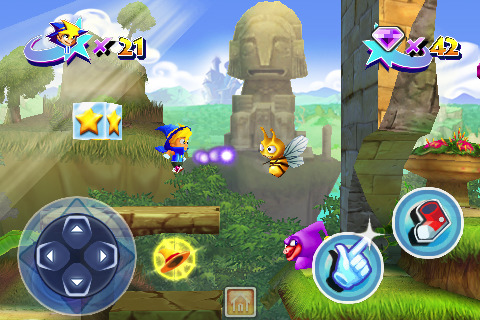 Platform games have had a notoriously rough time on the iPhone so far. It's all about the controls, and how the touchscreen can't really replicate the feel of a good old D-pad controller. We've struggled with enough of them at review to know that it's not all hot air, either.

Castle of Magic is just about the most successful effort we've seen at bringing the classic '90s gaming formula onto the App Store, though. That's how it got one of our Silver Awards. Based on the fantastic mobile original, this iPhone version ups the visuals with a 2.5D look and polygon characers.

Toilet Cat
By Ernest Properties
What is it? It's more cat sh*t than catnip
Type Full 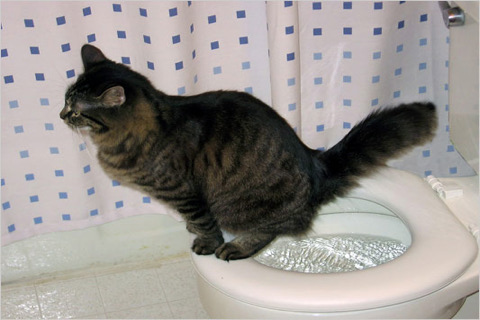 Novelty iPhone games do have their place on the App Store. Previous Box of Shame award winners such as Urinal Test have even topped the freebie chart. However, we sincerely hope Toilet Cat won't be scaling such heady heights in the near future.

It consists of a couple of pictures of a cat perched above a crapper, with clouds of noxious fumes emanating from unseen areas. These clouds head towards your finger whenever you place it on the touchscreen. That's it. Apparently it's a game. We're not convinced