Forgot to get a present? Then read on

Ah, so that time of year has come around. Mother's Day is here again.

If you haven't got a prepared bunch of flowers already, you'd better either be praying or about to head out to search for some. I don't fancy your chances though.

If the worst comes to the worst though, why not give them some games instead. Of course, ideally we'd recommend flowers, chocolates and games as the trinity of elements that guarantee a happy mothering sunday, so don't use us as an excuse not head on down to the florist. 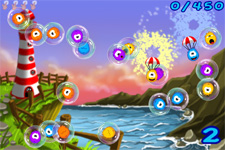 Colourful, cute and, most notably, easy to play, Sneezies is a game that's frightfully simple at first glance, but requires some timing and patience to master. Your aim is to set off a chain reaction of sneezes that'll pop the the bubbles the game's cute little furry fluff balls are encased in.

Each sneeze causes an little explosion, and any Sneezies that come into contact with this aura of infectious sneezy-ness will sneeze too. It may seem a little too simple at first, but once Sneezies has its claws hooked under your skin you'll find yourself very quickly becoming addicted to this furry and fun arcade puzzler. 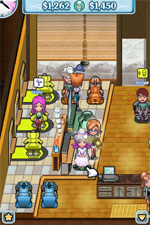 Few places have the feminine air of the salon. Replete with mirrors, magazines and funny-looking vials of beauty product, the place can seem quite alien to those not used to the experience. If your mother is a salon fan though, she may well love Sally's Salon.

You play as Sally, the salon manager. You bring the customers in, wash, cut, style and colour their hair then send them on their way, after having lightened the load in their pockets a little, of course. Although it's not a sim, you can also buy new equipment, new staff members and you move onto bigger and better salons as you progress too. 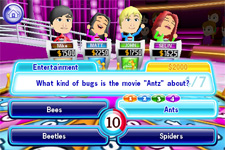 Having moved over from the Wiiware platform, TV Show King is a game made from the ground up with the casual or social game in mind. It features 3,000 questions based on pop culture, geography, general knowledge and a handful of other quiz subjects.

Thanks to the true TV Show-like visuals, TV Show King is dead simple to play. Knowing the actual answers to the questions is another matter though. You can also play against someone else over wi-fi, so TV Show King is perfect for some Mother versus Son/Daughter action. 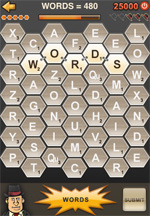 Scrabble may be just about the most famous word game around, but we preferred WordWorth to it at review. It's a relaxing word search game that features a very impressive in-game dictionary for you to flex your word muscles with.

All you have to do is drag your finger over adjacent letters so that they spell out a word. It's a game that's equally at home with five minute plays as 40 minute sessions and is likely to stay in anyone's gaming library for quite a while after purchase. 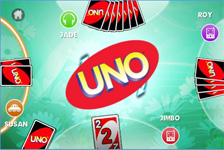 If your mother never really indulges in any gaming, one way to to introduce her to it is to do so with something she recognises - and everyone recognises Uno, right? This iPhone version features the classic gameplay, relayed with some top class production values.

You can also play against friends or family members over wi-fi, so why not play along with your mum. There's no reason you can do so in the same room too, but try not to start jeering in the corner when you win for the fifth time in a row. 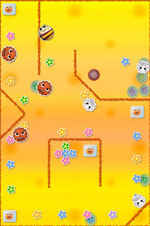 An accelerometer-controlled game, Dizzy Bee 2 takes a little bit of getting used to for non-gamers. After the initial hurdle though, it's a very intuitive game since you just tilt the iPhone to get your bee moving around the level.

It's cute as a baby cuddling a puppy too, so girly types should be suitably entranced by the colourful visuals and stylised, cartoony characters. On top of that, it's a great game too, so everyone's a winner. 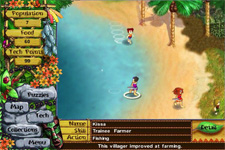 Virtual Villagers 2 is a game that features the whole circle of life. We're not talking about lions and learning how to roar, but a batch of villagers stranded on a desert island. You have to try and make sure they don't die out by helping them find food, make babies and construct houses.

It's simpler than it sounds though, with most actions just controlled by dragging a villager across the screen. There's something rather lovely about watching your villagers grow up from swaddled babies to old chaps, so if you want to indulge in some maternal instincts, Virtual Villagers 2 should be right up your street. 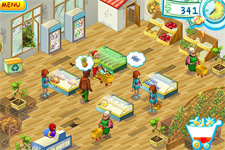 Even though you play as a shelf stacker in Supermarket Mania, it's still a whole lot more fun than real food shopping. You need to rush around the store, filling the shelves while pesky customers saunter around, buying stuff. Cheeky sods.

Although it'll get the fingers working pretty quickly in the later levels, this casual title is well-suited to newbie gamers, while the setting makes the gameplay all the more intuitive. Your mum might not take it so well if you shove this into her hands on Mother's Day, so if you are going to try her to get to play this one, for god's sake pair it up with something else too unless you want a black eye. 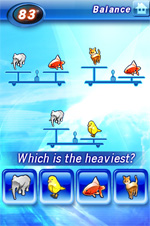 Brain training is for everyone, and Brain Challenge is one the best examples currently available on the iPhone. It's slick, fun and has all the elements that made the Kawashima classic on the DS such a hit, since it allows you to track your progress.

Whether brain training actually helps your memory or cognitive capacity is still up for debate, but it's almost certainly better for you than vegetating in front of the TV watching a soap. 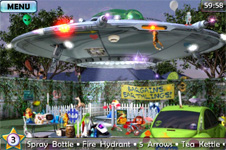 If you've lost something, who knows how to find it better than your mother? Yard Sale is a game in which you have to do a whole lot of finding. One of the iPhone's more successfuly-exploited genres, the hidden objects game sees you looking for a list of objects within a packed scene.

It's quite far removed from the traditional elements of gaming - shooting, blasting and bashing - so if your mum's a bit of an anti-gamer, Yard Sale may well bring her round.

The Android compass, the iPhone app about iPhone apps and turning your touchscreen into a virtual PC mouse