It's the moment you dread: connecting your iPhone or iPod touch to your computer only to find out there's a dozen updates for your games waiting to be downloaded.

Useless updates have made an annoyance out of keeping your games current, but we've selected 10 great examples of developers that have used them for good.

From the pro bono track editor in SlotZ Racer to massive multiplayer additions in Galcon, these games underwent significant changes that resulted in better games and more fun for you. 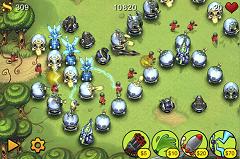 There's been much ado about Fieldrunners, which deserves credit for busting the tower defence genre wide open on iPhone. It wasn't without some major shortcomings, though, upon first release late last year.

An egregious lack of sound effects was at the top of a list of significant letdowns that were all addressed in a slew of updates. Additional fields and new towers brought value to a game that bordered on being hollow.

Thanks to dedicated updating, Fieldrunners has seized its potential with meaningful and much needed enhancements. 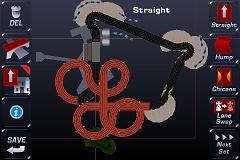 SlotZ Racer sped out of the starting gate with a great amount of appeal, but a slew of updates have shifted the game into high gear.

New cars, tracks, camera options, and other assorted features instill extra value to the game; even better, a complete track editor has been made available.

Not only does it allow you to create tracks on your handset, integration with the game's website enables track editing on your PC too.

What's most impressive about the updates applied to the game is the attention paid to improving the difficulty and bringing small features to play. Although rather frivolous, the ability to play in landscape on either side of the handset demonstrates how mindful the updates have been. 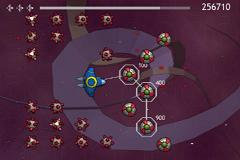 While we wait for big name titles to deliver updates that bring free new stages, Radio Flare has already tuned in to that promise.

The visuals have also dramatically improved (not that it was necessary - the game already looked smashing), joining a newly streamlined interface.

Here's an instance where updates weren't needed, but do much to highlight just how fun the game was in the first place. 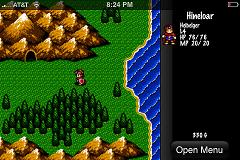 What a difference an update can make. Upon reviewing this classic role-playing game, we were pretty disappointed in the lack of features and instability.

Thankfully, much work has been made to address what were once glaring flaws. Like the ugly duckling, Vay has totally transformed from unplayable to a decent old skool romp.

Major bugs have been squashed, menus have been redesigned for easier access, and previously unavailable bonus content has been added. 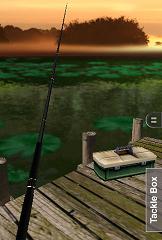 Freeverse cast a solid line with Flick Fishing, but it became infinitely better thanks to an enormous update that significantly increased its value.

Meeting our criticisms head on, the update introduced an objective-based quest mode, added an optional higher level of difficult, and brought new fishes into the fold.

Other additions included a new fishing location that can be unlocked through the course of play, the ability to tweak fishing tournament rules, and welcome bug fixes. Quite a whopper of an update. 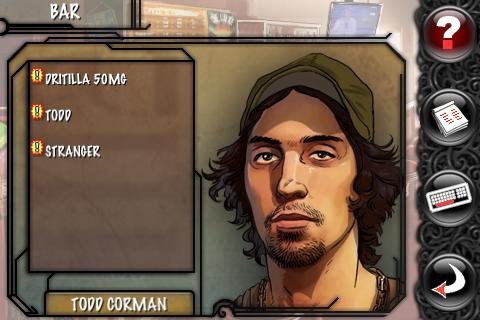 The inaugural episode of this brilliant adventure game wasn't without flaws when it first released in autumn of last year.

French developer Agharta Studio worked fast to remedy an iffy English translation and add in a comprehensive tutorial, both of which had been asked for by early fans of the game.

By moving so quickly to address these issues, 1112, Episode 1 not only became a better game but also solidified its place among the quickest and most significant updates of any game on the App Store. 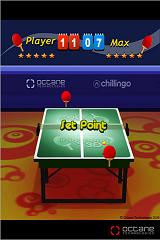 Adding a new mode would make for a good update, introducing multiplayer that wasn't even there to begin with is the stuff great updates are made of.

iPingPong 3D underwent a huge update that added full wireless multiplayer. Also, throwing in iPod audio playback is another boon for the game, allowing you to play your own music during heated multiplayer matches.

While we'd love to see support for network play, this serves up a substantial enough of an update to earn a nod. 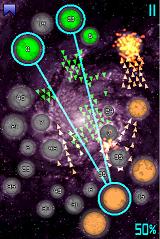 Buzz around the first real-time strategy game on iPhone was already high when Galcon received its first update that added both local and network multiplayer.

A good game immediately turned into a must-have, the colourful geometric battles brought online for extended value. Even better, another major update introduced a revised multiplayer interface for easier navigation and play, as well as expanded feature support for those who are colourblind. 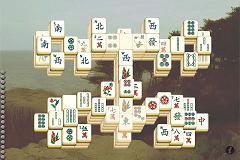 This little known mahjong game was among a torrent that hit in the early days of the App Store last summer.

Unfortunately, it lacked a lot of the features common to its competitors despite having a superior presentation and loads more content.

That all changed with an update that introduced multi-touch zoom, helpful hints, and a slew of new levels.

Aki Mahjong sits among the top of the pile now, an excellent example of how updates can even the playing field.

The iPhone iteration of the beloved puzzler-meets-RPG had more than just a rocky start: poor performance, major bugs, and a steep price.

Wisely, Transgaming moved to address these complaints by resolving the game's pitfalls; even better, they threw in the second chapter of the game for free.

Snatching up a copy of the game nets you both Chapters 1 and 2 for a single price. You can debate whether the game's worth another shot on iPhone, but there's no doubt it's turned into an acceptable value thanks to smart updating.