Boltrend Games has released its new JRPG (Japanese role-playing game) Arc The Lad R for iOS and Android. It was previously made available for pre-registration on the App Store and Google Play last month but players are now free to begin playing it.

Arc The Lad R follows on from the story that began in the console game Arc The Lad II, in which a huge disaster took place and eliminated half the city. After they were beginning to recover from this catastrophe, Princess Sania guides the city to help rebuild itself.

In addition to that, it also tells the story of the main protagonist Halt as they rescue a girl from a nearby village from a dangerous threat.
You can take a look at some gameplay for Arc The Lad R from the official video we’ve linked below. 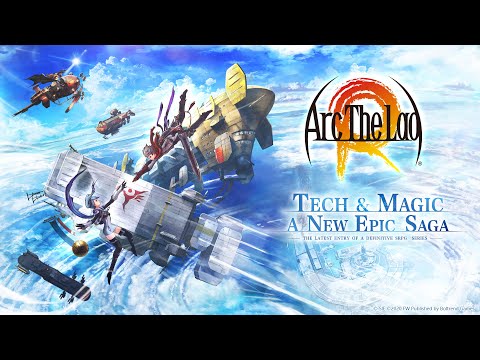 The game is based on traditional RPGs, using elements from that genre such as tactical combat, exploration, and role-playing mechanics. The game introduces a new Character Building System that allows you to focus on your character’s traits, meaning they can be upgraded to boost their power and unlock new outfits to wear.

Each character in Arc The Lad R also has their own unique skill and wields an exclusive weapon with different attributes to set them apart from their companions. The game also features PvP fights where you can test your skills against other players and see how high you can place on the ranked leaderboards.

You can download Arc The Lad R now from the iOS App Store and the Google Play for Android store, where it is a free to play title with in-app purchases.

If you're interested in playing strategy games on your iPhone or iPad, be sure to read our list naming some of the best to find on iOS.
Next Up :
Toyforming is an upcoming sandbox game that converts 2D drawings into 3D objects using AI